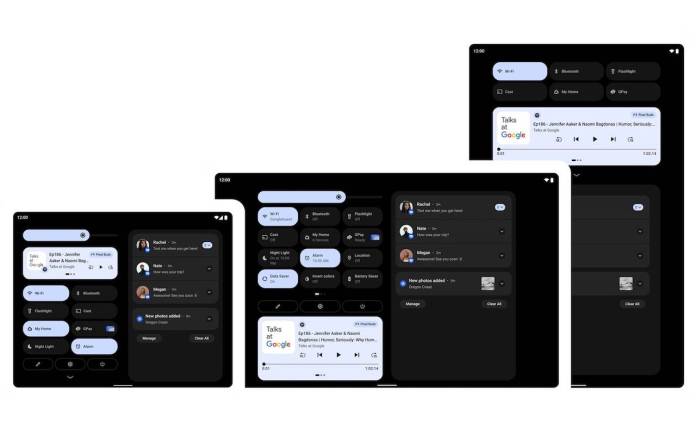 Android 12 is officially released. Well, it’s been out for a while now but only as developer preview. The new mobile build is ready for the Pixel 6 series, Pixel 3 phones and above, and a few Android devices from Samsung, Xiaomi, OPPO, Realme, Tecno, OnePlus, and Vivo. Expect in the next few weeks and months, we will see updates and new feature drops. We can also anticipate for related as announcements as phone brands have started working on their Android 12 upgrades.

A new Android version has just been announced. Officially called Android 12L, this one is meant for devices with large screens. This means a more ideal platform for tablets and maybe even foldable phones too. It’s described as an OS optimized for large screens.

Android 12L is basically Android 12 but with a more refined system UI. This feature drop for large displays may be used soon on Android tablets, foldables, and even ChromeOS notebooks and hybrids. It’s about time Google works on something more specific for such category of devices.

The Android team is taking advantage of the fact that the market for tablets and ChromeOS devices has grown significantly the past 12 months alone. About a hundred million Android tablet activations have been reported. ChromeOS as a desktop platform also increased by 92%.

As for the foldable phones, the market grew by 265%. As per a recent report, there are now more than 250 million active large screen Android devices around the world.

Android 12L is simply a feature drop for Android. The release includes new tools, APIs, and instruction on how to develop apps and programs for large screens. This is a more dedicated platform for tablets, foldable phones, and notebooks that have bigger screens.

This release will be available to developers but only as an emulator with Android Studio. You won’t be working on the platform on a real device, at least, not yet–only on a virtual device on a computer. This works with Google’s Device Manager software. 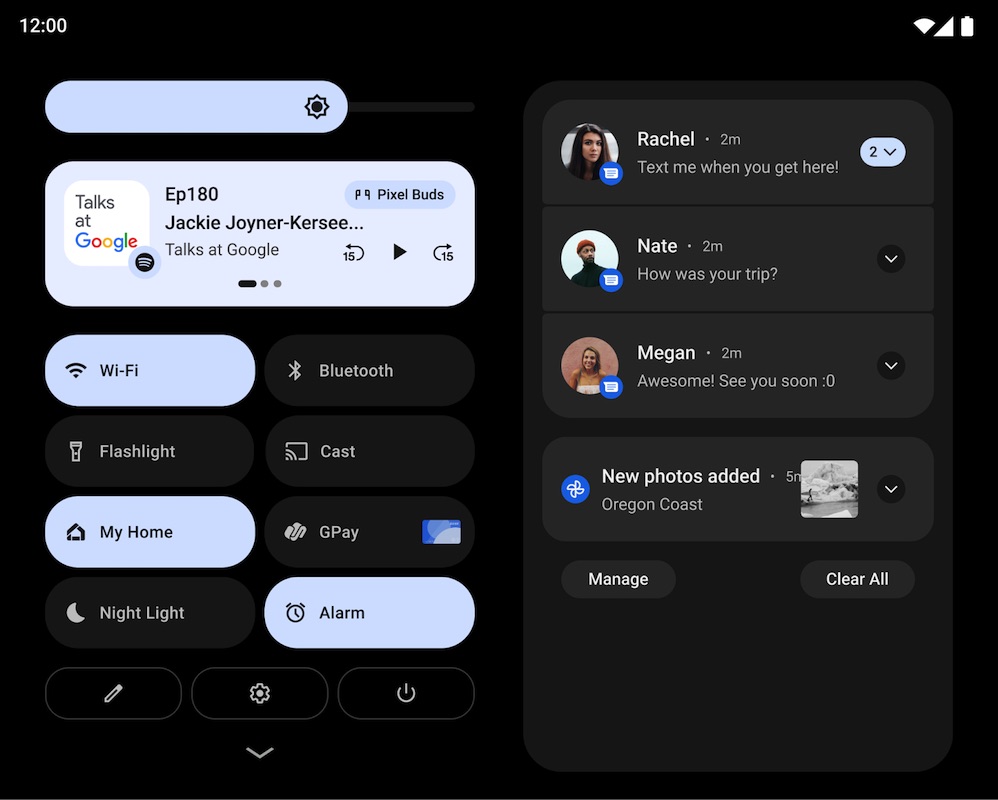 The Android 12L build isn’t polished yet but Google is working on the system. There are a few interesting details on the documentation for the emulator including a mention of a 7.6-inch Fold-in with outer display”. That’s within the phone category and we’re assuming that is a foldable phone that transforms into a tablet.

Some other Android 12L features include a fold-unfold transition, two-column layout (Quick Settings/notifications), optimization of screen grid for foldable devices, and a new taskbar at the bottom in landscape mode. In the future, we may encounter large screen specific app ratings in Google Play. This is important as users’ rating and feedback will help the developers.

Android 12L Developer Preview will make it easier for developers to build apps for large screens. They can start designing and developing with large display patterns and build more responsive UIs with the new navigation components. Future apps can also be more “fold-aware” with Android 12L.