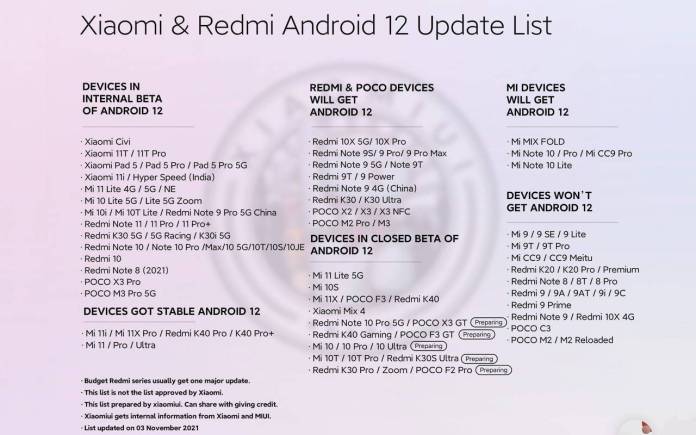 Android 12 is ready for most Pixel devices. Other OEMs have also started making related announcements that the new Android OS version will be rolling out for their devices. We already know the ASUS ZenFone and ROG Phone series will get it. Samsung has released One UI 4 based on Android 12. OPPO phones are also set to receive the new Android OS. As for Xiaomi, the Chinese OEM has also started on working on the Android 12 build for most Xiaomi and Redmi smartphones.

The Android 12 custom ROMs are already available for some devices and the list includes Xiaomi and Redmi smartphones. Xiaomi has actually released an Android 12 update list.