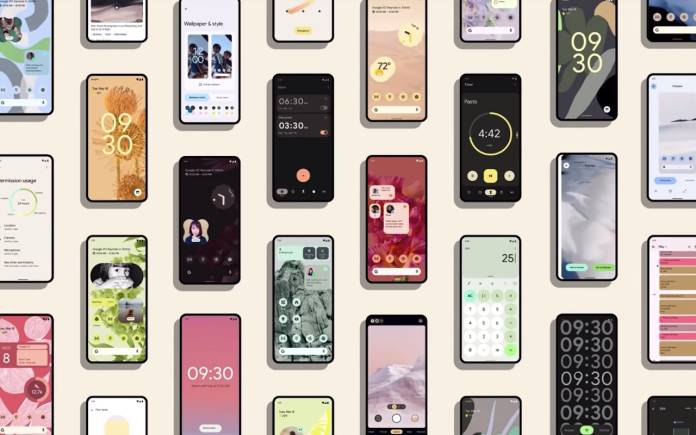 The Android 12 dynamic themes will soon be supported by a number of OEMs. Right now, we know these brands will support the feature: Motorola, OPPO, OnePlus, Nokia, and more. Android 12 brings the automatic Material You theming system but it’s not easily applied on most phones. Some tweaks on the code are still needed. At the moment, this feature is exclusive to Pixel devices. What it does it change the appearance of the phone based on one’s current wallpaper.

XDA-er Mishaal Rahman shared some information that we might soon see this change it Google’s Material You. Inside the Material Components library, there is a new line there that says “Add supporting manufacturer list of dynamic colors”.

The new code may be added to the AOSP soon. This means an improvement to the previous Android 12 version that was last released. Every OEM still uses skin with its own design language so applying the change may have some requirements. Definitely, adjustments will be made by OEMs.

A few weeks ago, we mentioned the Android 12 adaptive wallpaper theming would go open source in future release. That may happen soon as part of a new version.