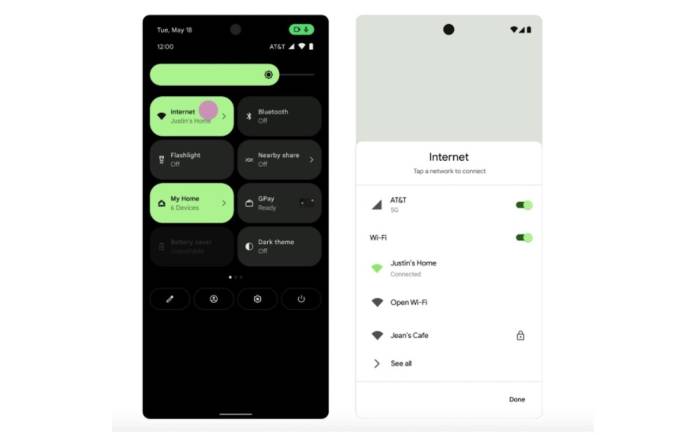 Google has officially dropped the new Pixel 6 and Pixel 6 Pro phones. The new devices come with Android 12 out of the box and this means a slew of new features and improvements. Google has added a new Internet tile that is aimed to improve connectivity experience and make it more intuitive. This is mainly for the Pixel users at the moment but we’re assuming it will also be available to other Android 12 devices. To make things easier to connect, there is the Internet tile that lets users switch between providers easily and with speed.

This is the part where you can turn off Wi-Fi and Mobile Data. You only need to toggle the radio button you see next to the WiFi or mobile network. Interestingly, it is also now harder to turn off Wi-Fi. This may be annoying for those who frequently switch to LTE/cellular from WiFi. This is just to prevent the phone from “not” connecting in the future so as not to incur other charges.

Doing so may also help users to save on mobile data. Oftentimes, people forget what they have done or forget to disconnect/connect. Once forgotten, it’s possible the users will forget to turn on WiFi, resulting to excess data usage.

The Android team has made changes to the settings so switching between Wi-Fi and Cellular connections is more convenient. Two quick taps or clicks are all you need when you have to switch connections.

The Internet Panel appears to be more direct and more intuitive. This reduces user, unintended consequences, user error, and other related issues. You can be assured your mobile data usage will not exceed because the phone can control connection and won’t re-connect to WiFi if you choose mobile data.

This also works even when the Airplane Mode is on. Just toggle Wi-Fi ON under Quick Settings> Internet> Internet Panel. You can also do that here: Settings> Network & Internet> Internet. Note that all these work on your default Mobile data SIM network even if you have two SIMs. You can’t access the feature while on lock screen so you have to unlock your phone.