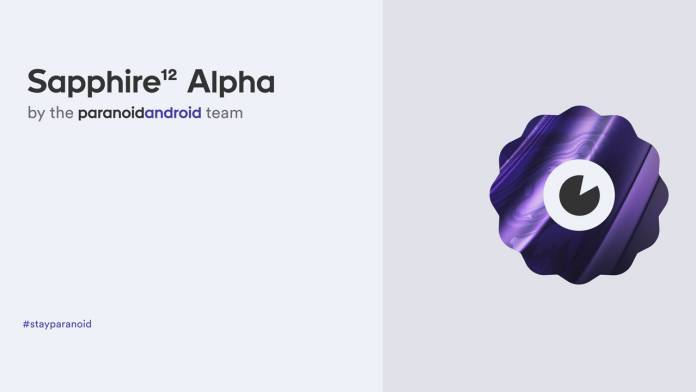 Paranoid Android is one of the many Android flavors focused on open devices. It is regularly updated and the newest custom ROM has now been announced for OnePlus 8 and OnePlus 8 Pro devices. The ROM is in the alpha stage and it is based on the Android 12 stable version, which was uploaded to AOSP early last month, and the team at Paranoid Android was quick to work on its customization.

Custom ROM is not met with the same response from all sections of Android users. While some buffs are skeptical, there are some that don’t mind taking the leap of faith. If you’re from the latter group, you can try Paranoid Android Sapphire based on Android 12 right away on the OnePlus 8 or 8 Pro models.

The team at Paranoid Android has announced the custom ROM and it will be making it available for more devices soon. Based on Android 12 the Sapphire custom ROM arrives with all the new features you would otherwise find in the new Android OS.

In addition to the usual suspects, the custom ROM also makes available a few additional features that will add to its demand. For instance, it includes special wallpapers from Hampus Olsson along with certain UI improvements to enhance the user experience.

The Paranoid Android Sapphire is available for download for the abovementioned devices now. However, if you intend to download the ROM you should ensure your phone is running Android 11-based OxygenOS and be ready for certain unexpected issues since this is only in the alpha stage for now.