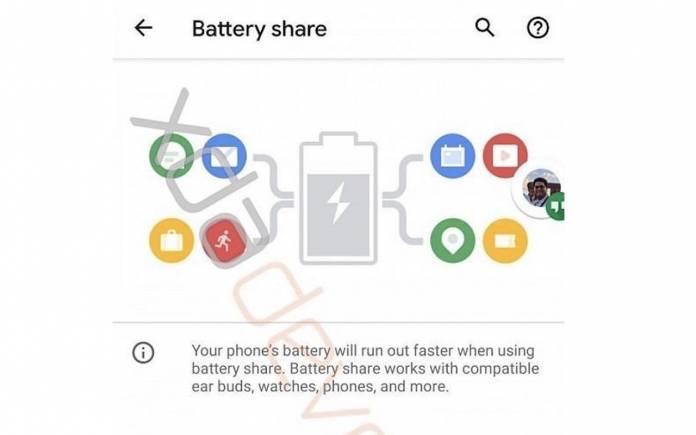 From today and until the Google I/O 2020, expect information about the Android 11 will be leaked or shared incrementally. The Android team has recently introduced the Android 11 Developer Preview so expect the features and improvements mentioned will be presented in detail. The announcement was made earlier than usual which also means the final version will be ready earlier if all goes well. Some developers have already managed to install the new version on their Pixel devices and some have been quick to notice hidden features.

One example is the hidden Battery Share menu. It actually hints at another important feature that pertains to the upcoming Pixel 5. The next flagship from Google may offer reverse wireless charging.

The Pixel 4 running Android 11 has been discovered to show a new SettingsGoogle. There is a mention of ‘Battery Share’ under the Settings app. When selected, the feature launched and showed a page similar to the Adaptive Battery page. Upon looking at the strings (code), we see a ‘reverse wireless charging’ feature.

It’s not exactly a new activity for smartphones but definitely new for a Pixel device. It was supposed to be hidden but for those who know how to look into the code, Google used “com.google.android” and not “com.android”. This could mean like the Pixel Stand wireless charging and Active Edge, it will be a standard Google feature and not just an Android feature.

The Battery Share page gives a warning that “Your phone’s battery will run out faster when using battery share. Battery share works with compatible ear buds, watches, phones, and more.” There is no outright mention of reverse wireless charging but that’s what the message means. The feature may work with other Qi-compatible devices.