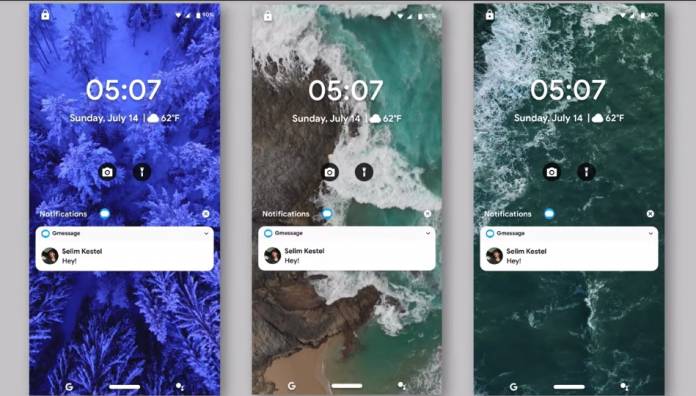 It’s never too early for any teaser or leak about the next premium flagship phone. Mentioning the next Android mobile platform maybe be too early since the Android Q dessert hasn’t been revealed yet. The first time we mentioned Android R was only last month when we learned the Moto Z4 will not receive Android R. It will only receive Android Q from Android Pie. The Android 11 R concept has been demoed on YouTube. Do note that it’s only a concept. The new features and enhancements are only conceptual so they may or may not arrive.

The next Android version will be the Android R or Android 11. The next generation of Android may (or may not) feature a new Navigation Bar and a Live Widget Area. The Home screen is said to “live” with you because of the animated wallpaper.

A new messaging service is also introduced and made available between Android devices. RCS or SMS can still be sent to non-Android devices. Conversations are safe and secure because Gmessage protects and encrypts them.

You may also notice smoother animations. The Quick settings menu have been redesigned. App icons are redesigned as well, consistent with the UI design. Dark Theme is also a feature of Android R. The lock screen and wallpapers are animated now.

This Android 11 R concept appears to be the real thing but you can say it’s fan-made. As soon as Google announces the Android Q dessert, expect more Android R information will begin to surface. As early as now, we’re interested to know what Android R dessert will be served. How about Rice pudding, Raisin bread, or Red velvet? Red velvet, please.

Android R Concept isn’t real, at least, not yet. And so let’s take things with a grain of salt. Expect more related details will roll out in the coming weeks and months.