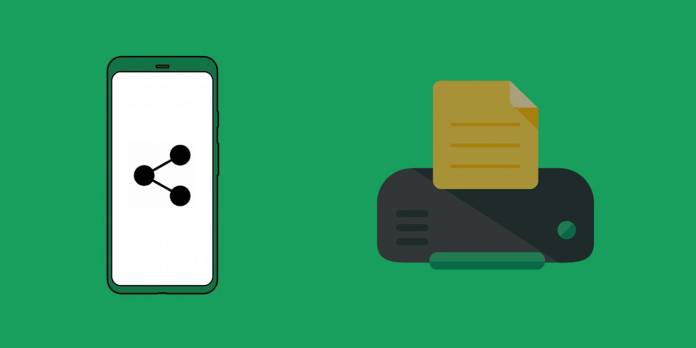 Printing things from your smartphone directly to the printer is not as difficult now as it was a few years ago. But it can still be better and more convenient. The upcoming Android 11 may be bringing an easier way for you to print things like photos, PDFs, maybe even documents, etc with a Share to Print feature. The new commit submitted to the Android Open Source Project (AOSP) may also be used by developers to let their apps print directly to the connected printer.

According to XDA Developers, an engineer from the Morpia Alliance (founded by Canon, HP, Samsung, and Xerox to bring the Internet Printing Protocol to Android devices) has submitted code that will bring the “Share to Print” feature for the upcoming Android 11 update. This will give developers a direct intent to the Print Service so the user will not have to choose a print service from the share menu when they want to print a photo or PDF.

Developers will be able to add a “print” button to their apps and when they tap that, it will directly go to the default print service that you put on your smartphone. The PrintManager will also be handling the appropriate resolution for printing to any of the installed printers. The image content will be downscaled to a “good DPI” for when previewing the file or when delivering the file to the printer, which is around 300 DPI.

The fit or fill options will depend on the user’s landscape vs portrait print attribute selection. The photos will “default to a locale-specific default photo media size.” Of course all of these things are just part of the code submitted to AOSP and we have no way of knowing right now if it will actually make it to the beta build or the eventual final build of Android 11. But it’s nice to know they will be working on a convenient way to print directly.

There’s no official word from Google yet at this point but we’ll probably know more about it over the next few weeks. The Android 11 open beta release is expected to arrive the first half of 2020 but when exactly is still anyone’s guess.