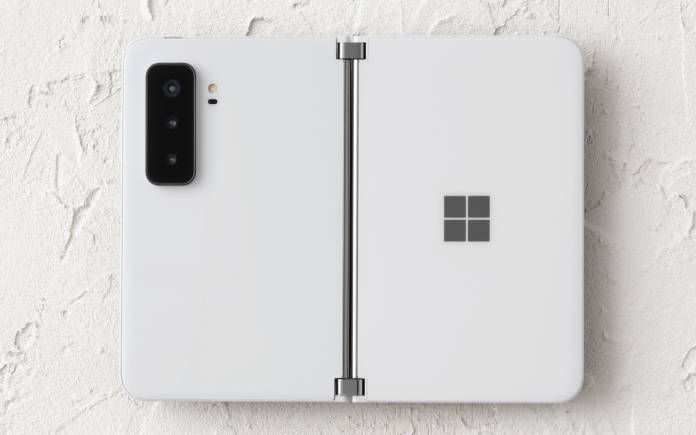 Owners of the Microsoft Surface Duo V1 were waiting for the Android 11 update to roll out late last year since that’s when they said it will be available. But of course, we’re already in the first week of 2022 and that still hasn’t happened. Now we have word to expect the update within the next few weeks as they’re still finalizing the validation and certification for the Android update. While other Android smartphones are already waiting for Android 12, this dual-touchscreen device will have to wait for the 11 update for now.

Microsoft told Windows Central that they were originally planning to roll it out in December but admitted that they needed a few more weeks to make sure that users will be able to get a good experience with the update. They will be rolling out the Android 11 update in the next few weeks but the ones with unlocked devices will get it first. Those who are on AT&T and other partners will have to wait a little longer since there is still that validation and certification they mentioned.

Surface Duo V1 customers have not had a major Android OS update for more than a year now. That is not good for the usual bug fixes and stability improvements that we get from regular updates. Sources are saying that the Android 11 update was finished for a few weeks already but because of the holiday break, they were not able to roll it out to partners for checking and then eventually to users particularly those with unlocked devices.

When Android 11 is finally available for both Surface Duo 1 and 2, hopefully we’ll get more updates for both. The latter is expecting an update soon that will customize the Surface Pen’s shortcut buttons as well as support for the Your Phone’s Apps feature. The Surface Duo 1 may also get similar improvements once Android 11 starts rolling out although there’s no guarantee that it will get the same updates as the newer version.

Microsoft will reportedly jump to the Android 12L update for their next major Android release and will not go through Android 12. This is because 12L has more significant improvements for foldable and dual-screen devices like the Surface Duo.