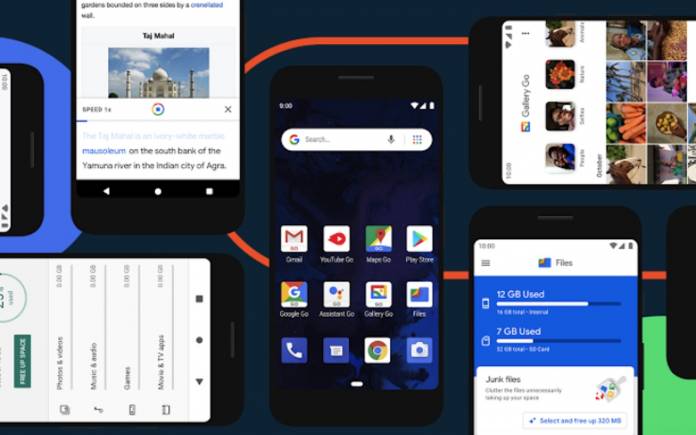 Android Q turned out to be Android 10. No more sweet desserts to serve, just numbers to remember. Unlike in the previous years, more OEMs have simultaneously worked on and tested the new version so more phones will get Android 10 earlier than usual. Android Q Beta program was made available to select smartphones. We haven’t focused much on entry-level phones but we know they will also receive Android 10. But for these phones, they will get a slightly different version. Android (Go edition) this year will be Android 10 (Go edition) for those phones with only 1.5GB of RAM.

Entry-level smartphones are those affordable devices that most people buy first if they need a basic phone. They don’t go for the premium flagships right away because of budget constraints. Google wants to make sure the Android element in a smartphone is still up-to-date even on budget phones. Android 10 (Go edition) comes in with enhanced security and added speed.

It’s actually 10% faster compared to last year’s Android 9 (Go edition). Apps have been enhanced so switching between them is faster. Android 10 (Go edition) delivers a new form of encryption known as Adiantum. It’s mainly for entry-level devices as it can run without any specialized hardware.

All Go edition users will benefit from data security as any Android phone. Phones are more secure now while new app experiences are offered. Some other special features and apps include an AI-powered read-out-loud program, Lens in Google Go, YouTube Go for low-speed connections, Gallery Go by Google Photos, and on-device machine learning.

More apps are expected to be ready for the Android Go edition. Developers are encouraged to work on their apps as millions of people will benefit from them. Most entry-level phones in the market today use Android Go. More will be added to the lot as over 500 phone makers have launched some 1,600 Android Go phones to over 180 countries like India, NigerIa, South Africa, Brazil, Nigeria, and the US.