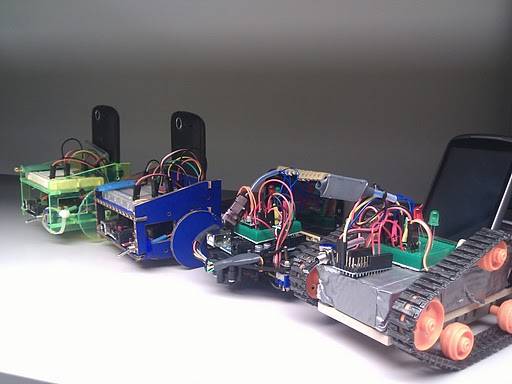 At this year’s Intel International Science & Engineering Fair, visitors were treated to a bunch of cool prototypes. Some of these included robots powered by Android. The robots were powered by G1’s, Droids and a few Nexus Ones.

These Cellbots was controlled via the Bluetooth protocol XMPP that is included in these Android handsets. Some of the robots ran off the phones battery. There’s even a neat Cellbot icon that you can place on your home screen and when the program is active there’s another icon in the notification pull down bar.

If you like you can try this yourself. There’s a tutorial on how to make your own robots here. There are also more pictures and a few videos of these robots in action.