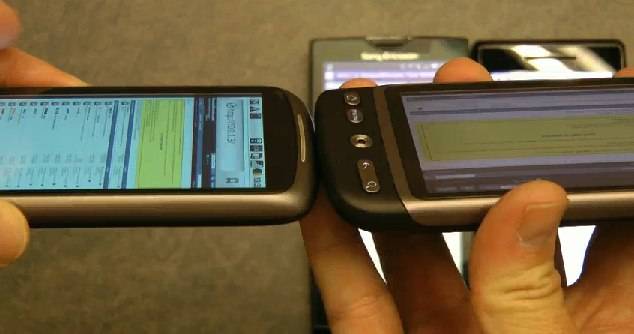 HTC’s decision to adopt both AMOLED and Super LCD (SLCD) for their smartphones has led to plenty of arguments over which technology is better, and now HowardForums has waded in.  They’ve been comparing a TELUS HTC Desire – which uses an SLCD panel – with the Google Nexus One’s AMOLED display, to see which is better.

As you might have guessed, the answer isn’t quite that straightforward.  The AMOLED has better vertical viewing angles while the SLCD bested it on horizontal angles; neither could match the Super AMOLED of the Samsung Wave (as used in the Galaxy S family of devices) for contrast.  More details in the video below.