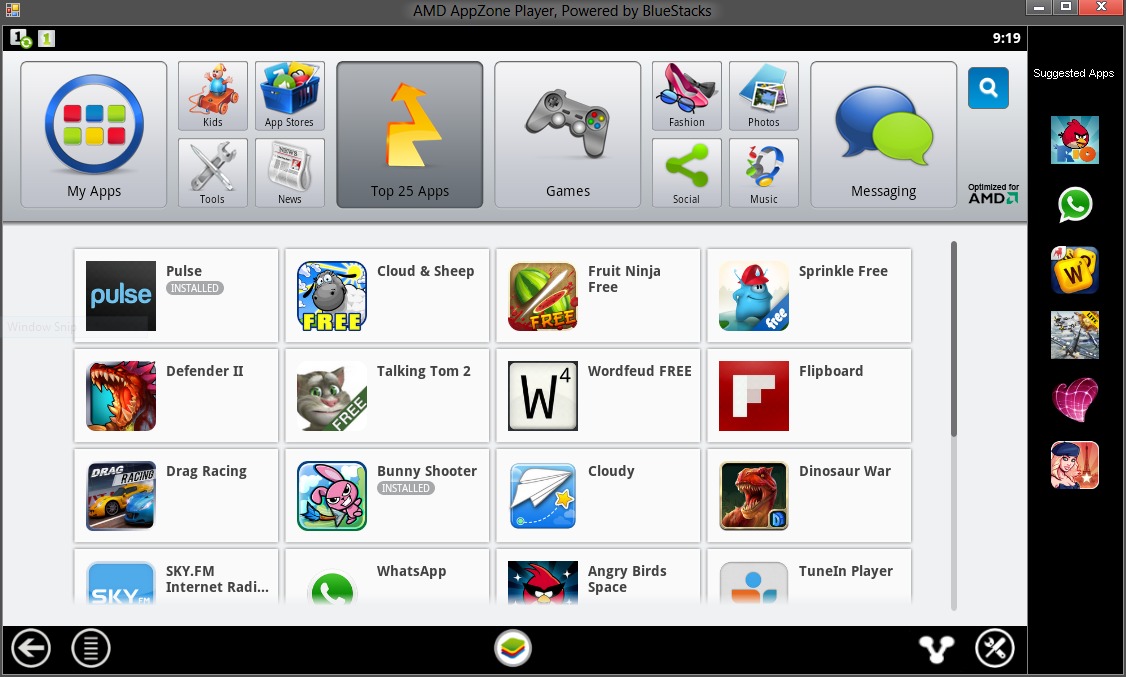 Playing around with Android apps on a larger screen isn’t anything new — BlueStacks has been offering it for a while, but AMD announced today that they’re joining in on the fun. The company revealed a partnership with BlueStacks and introduced the AppZone Player. It uses a specially-optimized version of the BlueStack software that’s modified to run on AMD Radeon graphics and APU processors.

The AppZone Player also comes with a feature called Cloud Connect, where you can sync apps and SMS messages with your Android device. This will no doubt be great for those looking to not only play around with apps on their computers, but to use text messaging between both devices, which is extremely convenient to say the least.

To get started with the AppZone Player, you can download the player directly from AMD, and once installed, you’re up and running in no time. You’ll be able to browse apps either by category, recommendations, or similar apps to what you’ve already downloaded.

This isn’t the first time AMD and BlueStacks have partnered up. Last year, AMD invested in BlueStacks to bring Android apps to Windows tablets. Now, it’s working on Windows PCs, hoping to bring the Android experience to more platforms than just Android itself. Hopefully, the project expands to include a broader list of requirements other than just AMD chips.