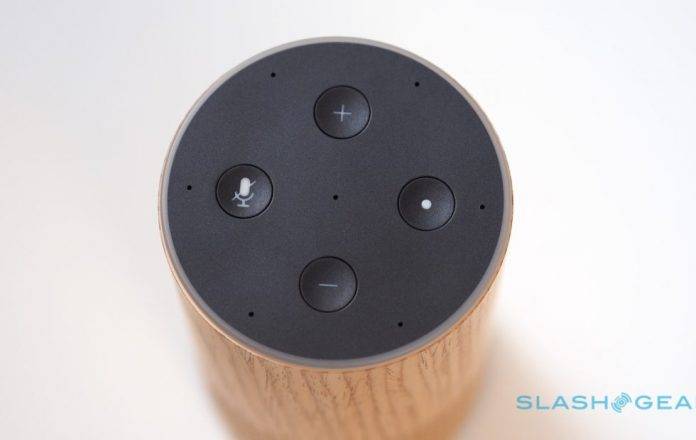 We can’t count how many times we’ve had to say “In what seems like a Black Mirror episode” with all the weird technical glitches that we’ve experienced the past few years. This one seems hilarious if it wasn’t straight out creepy. Well, if you’re scared of machines suddenly laughing out of nowhere. Owners of smart devices that run Amazon’s Alexa have been complaining that their speakers will suddenly emit an eerie laugh, even if they have not asked it to do so.

These reports started a couple of weeks ago when users started posting on Twitter and other social networks that Alexa would suddenly randomly laugh. To make it worse, the casual laughter from the digital assistant sounds like a child giggling which if you hear it out of the blue, at night, and you’re alone, can be extremely scary. It can also sometimes happen when you’re in the middle of a “conversation” or activity with Alexa, which is still pretty creepy.

Amazon says they’re looking into what causes this bug, but initial findings say Alexa may be mistakenly hearing the command to laugh which is “Alexa, laugh”. What they will be working on now is to change the command to something longer like, “Alexa, can you laugh?” to avoid these accidental, random cackles. Alexa will also start saying “Sure, I can laugh” before it actually starts laughing to at least warn you that it’s coming.

We don’t know what percentage of the users who received the random giggles from Alexa actually were close to saying anything like “Alexa, laugh” that it would mistakenly follow the phantom command. In any case, let’s see if this solution from Amazon will avoid any more scary moments with your Alexa-powered speakers or devices.