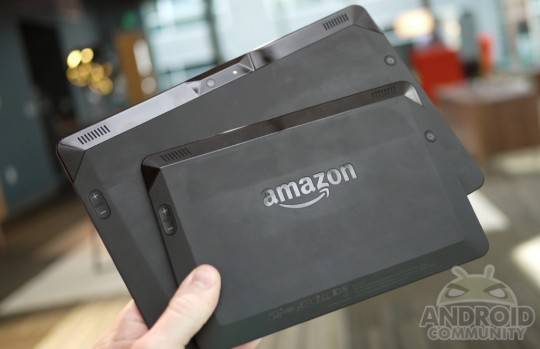 While this announcement may sound similar to previous years, there is also another bit, with another similarity to earlier years. Despite word about how well the Kindle family of devices sold during the holiday weekend, Amazon has yet to offer anything in terms of numbers. A breakdown between devices would be interesting to see, but at this rate even an overall total would be nice.

That said, the second announcement is one all of these new Kindle users may want to take note of. Or for that matter, an announcement that any Kindle owner (old or new) will want to pay attention to — it is about more content. Amazon Publishing has launched StoryFront. This goes along with the earlier announcement for the digital literary journal Day One.

In fact, it was said that StoryFront comes as part of the continued success of Day One. Amazon describes StoryFront as being a “new imprint offering high-quality short fiction across genres.” Further details from Amazon point towards StoryFront including a “variety of works” and even including some that were originally published in Day One. Some of the initial StoryFront titles include the following;

The prices will vary from title to title, however what we are seeing has these listed at $0.99 and $1.99. Lastly, for those looking to get in on the holiday buzz, Amazon has a Twelve Days of Festive Fiction selection available. These are described as being a “12 Days of Christmas series” that “delights with contemporary romance and romantic suspense short stories” and are priced at $1.99 each.