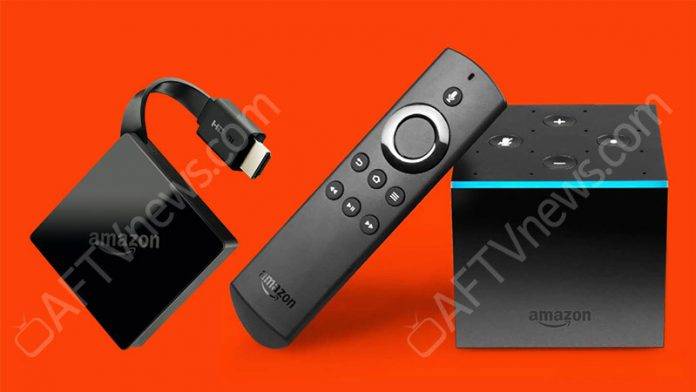 If you’re looking for new accessories to help you watch and view the things that you like on a bigger screen like your TV, don’t worry, Amazon will reportedly cover that for you. A website has gotten its hands (pixels?) on the two new Fire TV models that the online retail giant (and now also hardware producer) will be releasing this year. The first is a mid-tier dongle that will be placed in between the Fire TV Stick and a newer top tier model while the other one is a cube shaped set-top device that will probably be the aforementioned top-tier model in this line.

The mid-tier device will not replace the Fire TV Stick but may be using the dongle form like the Chromecast, but it is attached to an HDMi cable and it will have a micro USB port for its power. It will be a budget-friendly version if you don’t actually need 4K or HDR video. It has a 1.5 GHz quad-core CPU and Mali-450 MP GPU and a 2GB RAM. It will probably have 8GB of internal storage as well just like all the other Fire TV models. This means it is slightly more powerful than the Fire TV stick but not comparable to the 2nd-gen Fire TV.

The reported upcoming cube-shaped Fire TV will be combining all the features of the Fire TV, an Echo Dot, and an IR emitter. It comes with far-field microphones, a built-in speaker, and an LED light bar. This means you can use the functionality of the Alexa voice assistant and you can hear its responses even if your TV is turned off. It will also probably have Ethernet and expandable storage and will come with a voice remote, just in case you would need it. It has the same buttons as the Echo Dot like volume controls, a mute button, and an action button in case you need to manually trigger Alexa.