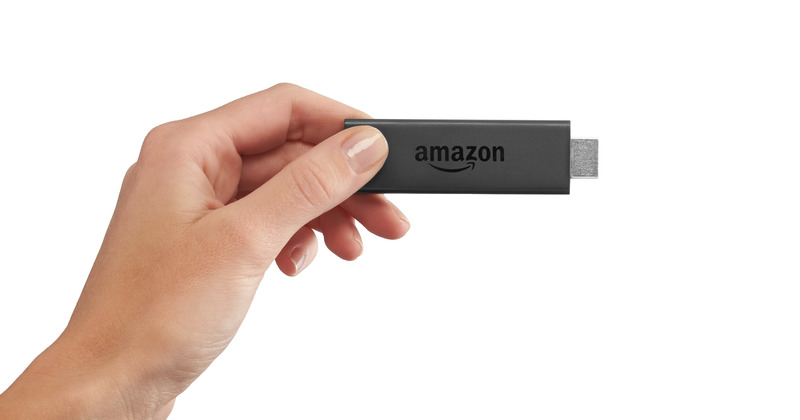 Amazon might have stumbled a bit when it went out of its comfort zone with the Fire Phone, but that isn’t going to stop the giant from taking risks, especially when it comes to its more established markets of video streaming. Some might see the Google’s Nexus Player as taking on the Fire TV, so it isn’t surprising that Amazon is biting back. The company has just launched the Amazon Fire TV Stick, a familiar HDMI dongle that is unabashedly poised as a Chromecast, and a Roku Streaming Stick, killer.

Considering it was the Google Chromecast that started this whole HDMI streaming stick trend, it’s only natural that competitors would measure themselves up against the progenitor. Naturally, Amazon isn’t content to be an “also has” and is selling the Fire TV Stick to be better, faster, and more powerful. It even has a neat little chart that says so. The Fire TV Stick, for example, has twice the CPU cores, twice the RAM and four times the internal storage of the Chromecast, raising the bar for similar HDMI dongles that have so far just remained within that lower range. It is also theoretically faster at streaming, with support for MIMO, though of course your network and your devices should be able to support those as well. And, something totally new, it has Dolby Digital Plus surround sound. 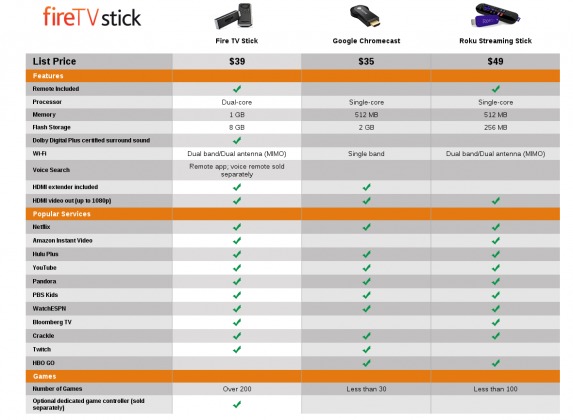 Unlike the Chromecast, but like Roku’s, the Amazon Fire TV Stick comes bearing its own remote control. This control is pretty basic and would probably meet all your needs save one: voice search (not exactly voice control). If you want to have that, you have two options. Either you buy a separate Fire TV Stick remote with that feature built-in, or you can opt for the software route and use the app available for the Fire Phone, Android devices, and soon iOS.

Of course, when you buy a Fire TV Stick, you aren’t just buying hardware. You’re buying into Amazon’s whole ecosystem, which happily includes over a dozen video and music services, with Netflix, Prime Instant Video, Hulu Plus, WatchESPN, NBA Game Time, Twitch, SHOWTIME ANYTIME, Prime Music, Spotify, Pandora, Vevo, Plex, A&E, PBS, PBS KIDS, WATCH Disney Channel, and YouTube.com just to name a few. And it’s not just the content sources either. As a full-blooded Amazon device, you get access to the whole shebang of features and services, like ASAP or Advanced Streaming and Prediction, which determines the show you might want to watch next and starts buffering it in the background, or X-Ray for videos and music, which lets you view information about the show, the artists and actors on your TV or on your Amazon Fire device. And there’s WhisperSync, which lets you pause content from one device and pick up just where you left off on another device. There are even some features that aren’t exclusive to Amazon’s devices either, like mirroring mobile screens via Miracast. 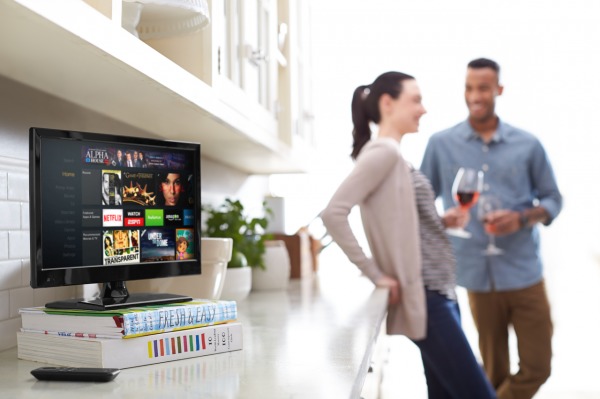 To compete with the Chromecast, the Amazon Fire TV Stick needs a competitive price as well. The retailer is making the dongle available for pre-order today at $39, $19 for Prime subscribers over the next two days. Sadly, unlike the bigger Fire TV, this doesn’t come with a free year of Amazon Prime but only a 30-day trial. The voice search remote control, which is completely optional, will cost an additional $29.99. Shipping starts November 19. 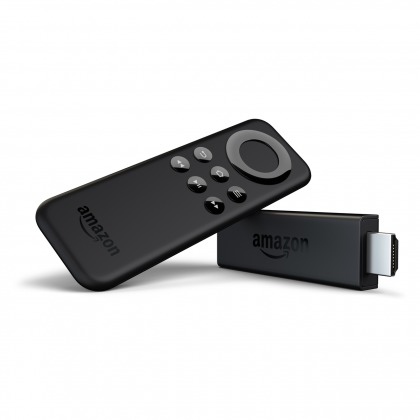