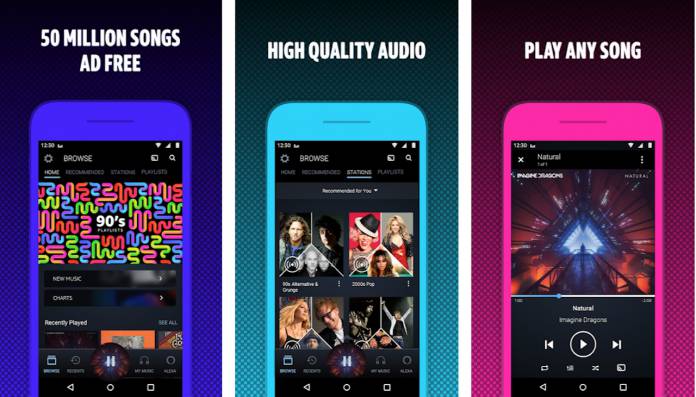 One of the reasons why Spotify is probably the most popular music streaming service right now is because of their free tier. While they use it as a supposed hook to convert people into becoming paying subscribers, music lovers at least have the option to listen to music for free (with limitations of course). Now reports are saying that Amazon is working on offering a similar free and ad-supported music service aside from their current subscription-only Amazon Prime Music.

According to sources familiar with the matter, the free service would be marketed through their best-selling Echo speakers although of course users will probably be able to listen to it on any device. Aside from the fact that you will hear ads after playing several songs, they will also be offering a limited catalog although how limited it is wasn’t really specified by the sources.

The challenge would of course be how to get labels to give license to their music for a free service, which is the problem that Spotify initially faced. Amazon will reportedly pay the record labels per stream, regardless of how much advertising they will be selling. Compared to Spotify that is always pressured to turn a profit, this is proof of the online retail giant’s power that they can afford to provide what is essentially “free” music to support its core business.

Currently, Amazon Prime Music is bundled with its Prime subscription but they also offer a separate Amazon Music Unlimited subscription at $9.99 per month and discounted at $7.99 for Prime members. They also have a $3.99 tier that can only be accessed on an Echo device. They haven’t really stated how many paying subscribers they have but reports estimate it at around 20 million.

The sources are saying that this service can actually launch as early as next week. If they do launch this free music service, it will be a challenge to market leader Spotify who is currently the only major one with a free offer. Spotify says they currently have 116 million free users and 96 million paying subscribers.