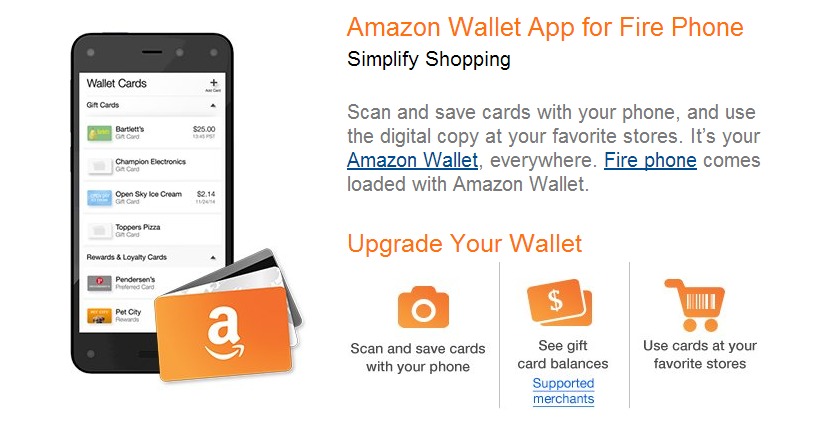 Amazon has released – in a rare simultaneous event – in its own app store and the Google Play Store the Amazon Wallet app that upon close inspections seems to let you do everything Google Wallet can do, minus the added features that Google has. In its defense, it is still in beta, so you would hope that the final app would be so much better.

The Amazon Wallet app will let you do what most other wallet apps out there are already doing, including being able to store the bar codes of your loyalty cards and gift cards, negating the need to bring them physically along. The new app will also be able to save serial numbers and PINs via imaging, but this is not anything new and is definitely not something other apps cannot do at the moment.

One would think that there will be native integration to Amazon’s online payment system, but that isn’t the case. It seems that Amazon is still keeping its highly proprietary payment system disconnected from anything else.

The app is labeled – via the Amazon site – as the Amazon Wallet “for Fire Phone”, so there is a big chance of the app being pre-loaded into that device. A cursory browsing of the app will show that yes, it is still in beta, and heavily so – there isn’t much into the app right now than the database and a few menus. Grab it at the source link (or the Google Play Store) if you are interested.