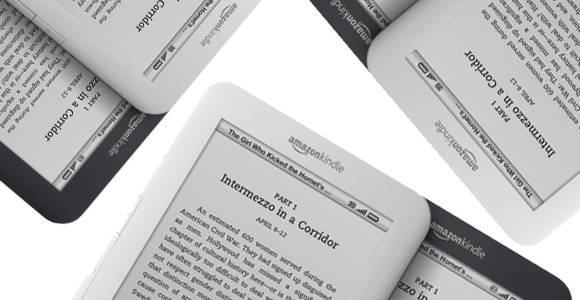 Say what? Amazon presents a report on sales of the newest generation Kindle (3rd-generation) without actually telling the reader how many it has sold. Apparently this is the status-quo for Amazon, as it makes no big deal of instead comparing its sales to sales of previous Kindles it’s had in… what’s that? The last three months of 2009? What in the world? On a more understandable note, Amazon reports that it’s now selling more Kindle titles than paperback and hardcover books. That’s a statistic to remember.

Another detail from the report: in the 12 weeks following the introduction of 3rd gen Kindles, the top 15 best selling items on Amazon.com and Amazon.co.uk were Kindles or Kindle-related. Reports related to this one include I.Khan of JP Morgan’s E Book report and a report by Citi, boosting their Kindle estimates. Below, read the whole press release presented by Amazon:

New Generation Kindle Device Sales Already Surpass Fourth Quarter 2009 – The Peak Holiday Shopping Season and Busiest Time of Year on Amazon
Amazon.com Customers Now Buying More Bestsellers on Kindle Than Paperbacks and Hardcovers Combined—At a Rate of 2 to 1
SEATTLE—October 25, 2010—(NASDAQ: AMZN)—The new generation Kindle devices are the fastest-selling Kindles of all time and the bestselling products on Amazon.com and Amazon.co.uk.  Today, Amazon.com announced that sales of the new generation Kindle devices since their introduction have already surpassed total Kindle device sales from October through December 2009.
“It’s still October and we’ve already sold more Kindle devices since launch than we did during the entire fourth quarter of last year—astonishing because the fourth quarter is the busiest time of year on Amazon,” said Steve Kessel, Senior Vice President, Amazon Kindle. “Readers continue to choose Kindle for its all-new electronic ink screen with 50 percent higher contrast, readability in bright sunlight, long battery life of up to one month, light 8.5 ounce form, flexibility to read their books across all major LCD devices and platforms, and low $139 price.  It’s clear that this is going to be the biggest holiday for Kindle yet—by far.”
In addition, Kindle book unit sales continue to overtake print on Amazon.com, even while print book sales continue to grow.  During the past 30 days, Amazon.com customers purchased more Kindle books than print books—hardcover and paperback combined—for the top 10, 25, 100, and 1,000 bestselling books on Amazon.com.
“For the top 10 bestselling books on Amazon.com, customers are choosing Kindle books over hardcover and paperback books combined at a rate of greater than 2 to 1.  Kindle books are also outselling print books for the top 25, 100, and 1,000 bestsellers—it’s across the board,” said Kessel.  “This is remarkable when you consider that we’ve been selling hardcover and paperback books for 15 years, and Kindle books for just 36 months.”
Other recent milestones for Kindle include:
• In the 12 weeks following the introduction of the new generation Kindles, Kindle devices or Kindle-related items such as Kindle books and covers represented 15 of the top 15 bestselling items on Amazon.com and Amazon.co.uk combined.
• Amazon sold more than 3 times as many Kindle books in the first nine months of 2010 as in the first nine months of 2009.
• The Association of American Publishers’ latest data reports that e-book sales grew 193 percent between January and August 2010. Kindle book sales growth during the same period exceeded this rate.

[Via the Wall Street Journal]