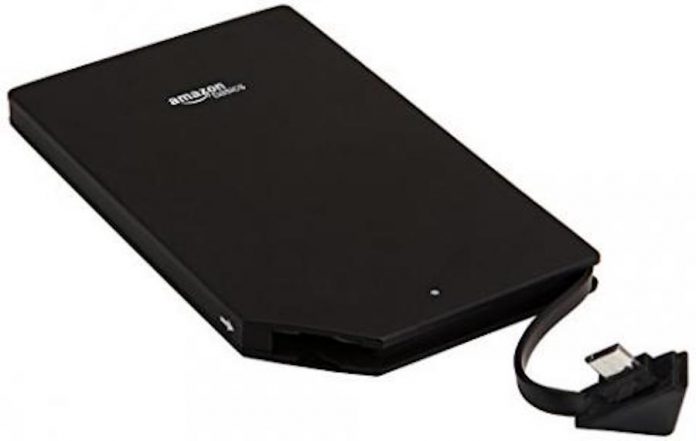 It’s not a Galaxy Note 7 level kind of recall, but it’s still a pretty significant one to avoid any more dangerous situations. Amazon announced that they are recalling six models of their AmazonBasics portable power bank after there have been reports that they caused damage to property and even one incident of a chemical burn. They are estimating that around 260,000 units are part of the recall. The details are available on the U.S. Consumer Product Safety Commission’s website.

There have already been 53 reported incidents of the power banks overheating and four cases of it causing damage to properties of the owners. There was also at least one incident that the user suffered a chemical burn due to the power bank’s overheating. The six models of the AmazonBasics portable lithium ion battery chargers that are involved in the recall are: 16,100 mAh; 10,000 mAh; 5,600 mAh; 2,000 mAh with micro USB cable; 3,000 mAh and 3,000 mAh with USB micro cable.

If you own any of those power banks, you should immediately unplug and stop using them. You can also check for the product ID number at the back to make sure that your unit is part of the recall. You can contact Amazon for instructions on how you will be able to return the unit to them. They will of course give you a full refund for the product that you bought.

As with recalls of other products, even if you haven’t experienced any problems with your device, better be safe than sorry later on. So unlike those Galaxy Note 7 owners who still didn’t return their devices, better just get the refund from Amazon and look for other safer power banks.