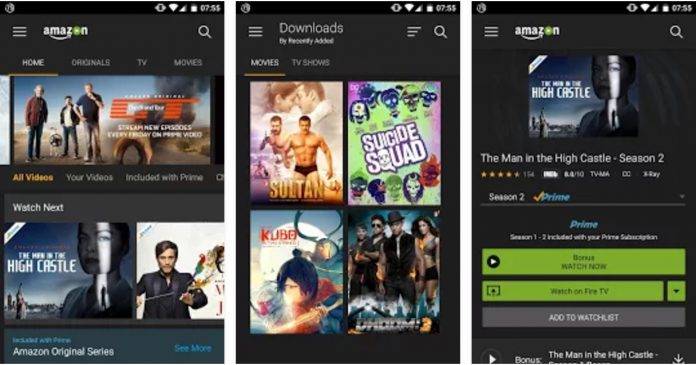 If you wanted to watch Amazon Prime Video on your Android mobile device, you could, but you had to take a few extra steps to do so instead of just simply installing the app. That’s because, for some odd reason, the video streaming app was not available on the Google Play Store. Well, it was actually available there almost everywhere else in the world except in the US. But now that problem has been solved as you can now find it on the Google Play Store, install it directly on your device, and start watching all the videos you want.

Previously, you could only download the app to your Android device by installing Amazon Underground. The problem is that it also added several Amazon apps and services that you didn’t really want or need. You could also install it through an APK, but if you’re the kind of person who hates doing that, then it was an annoying extra step of course. And of course having it installed from the Google Play Store also means it’s easier to receive updates for the app.

Unfortunately, there is still no Chromecast support so you won’t be able to cast it on a larger screen from your mobile device. You still can do so if you’re logged in through your computer or if you have a Fire TV, Nvidia Shield TV, or a Roku box. But hopefully, having Chromecast support will be part of their future update plans.

So if you still don’t have it, you can finally download Amazon Prime Video from the Google Play Store for free. Of course, you would need to have an Amazon Prime account to be able to watch videos from the app.