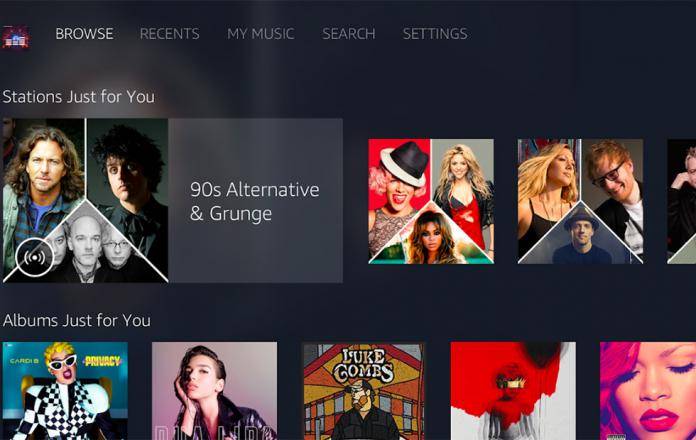 While smart TVs are almost always used for playing movies, TV shows and other videos, there are also times when you want to stream music through your whole entertainment set-up. If your music streaming service of choice is Amazon Music, the good news is that it will soon be available on Android TV. For now, the Amazon Music for Android TV can already be found on the Google Play Store, but it’s only for pre-registration and not yet for download.

According to the app description (which was initially spotted by Android Police on the Google Play Store), it will give you access to the more than 50 million songs in their on-demand catalog. You will also be able to use the Explicit Language Filter so it can block songs that may not be good for little ears. And of course, you will not have any ad interruptions and you can skip as many songs as you want.

There are two kinds of music subscriptions that will be able to access the app on Android TV. If you’re an Amazon Prime member, Prime Music is already included in your subscription. This means you get access to two million hand-curated songs but not to the whole aforementioned 50 million songs in their catalog. But the Amazon Music Unlimited Subscription does give you access to all of the songs, which you probably won’t be able to listen to everything anyway.

Amazon Prime membership is currently at $12.99 per month and includes access to Prime Video, Twitch Prime, Prime Reading, plus a lot of shopping and shipping benefits as well. Amazon Music Unlimited is at $7.99 per month but right now they have a special offer of $0.99 for 3 months for new members.

You can pre-register for the Amazon Music app for Android TV on the Google Play Store if you’re interested in this kind of thing. You will probably get a notification when it’s finally available for download.