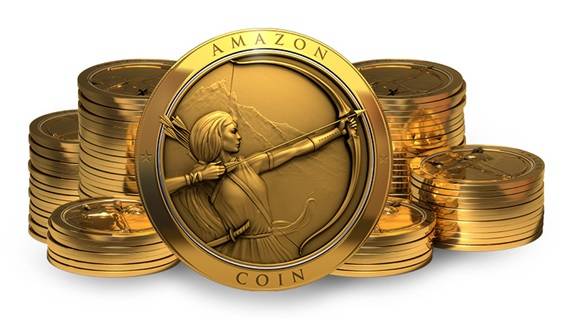 If you’re at a standstill on what to get someone this holiday season, chances are you’ll turn to Amazon. In making a big push this holiday season, Amazon has announced they’ll now allow us to gift Amazon Coins. Even better, they’re offering a discount on Coins through the new year!

Amazon Coins are like digital currency that can be used for apps or games via the Amazon App Store. They can also be used to make in-app purchases, so that upgrade in Plants vs Zombies isn’t so tough to make, when the time comes. Amazon is also reminding us that new Kindle Fire owners automatically get 500 Coins deposited in their account, making the gift of Coins that much better.

Of course, there are limitations. The Coins program is only for Kindle Fire owners, and it’s only good for apps and games. No media can be purchased, so that new album or movie will have to be purchased with the real-deal cash in pocket, not Amazon Coins. Also, the Amazon App Store is pretty limited, so finding a title you really want might prove difficult.

For a limited time, the Coins you gift are 20% off. Through January 5th, 2014, Amazon is giving a discount for any Coins purchase made. If you give — or get — an Amazon Kindle tablet this holiday season, you’ll get 20% off Coins. That’s great for gifting to a friend or family member, or a way to spoil yourself a bit.