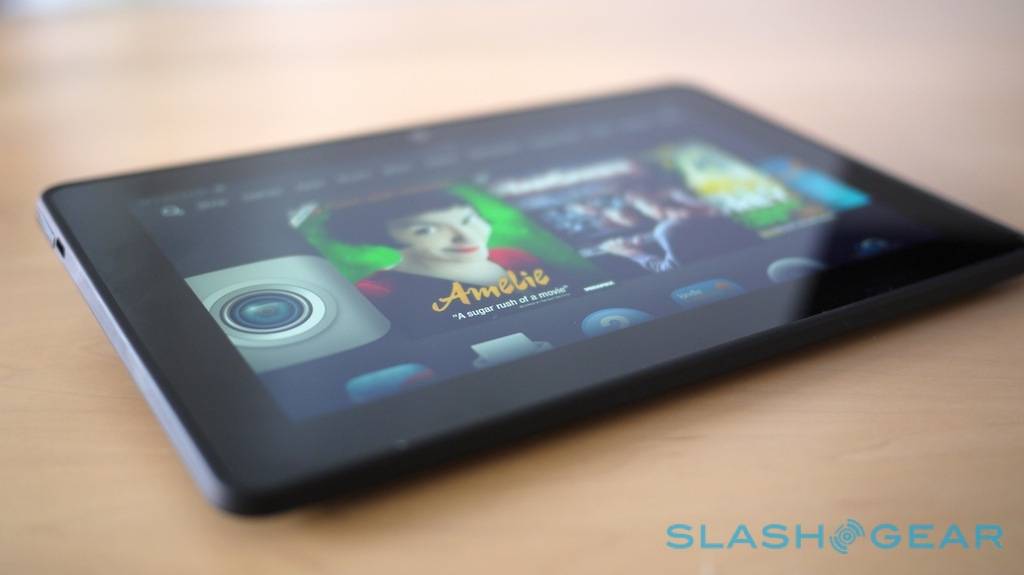 Budget price doesn’t not have to mean budget specs and dismal performance, as Google has once again proven with its 2013 model of the Nexus 7 tablet. Amazon has similarly put out its own take on the high-performance, low-price category with the 7-inch Kindle Fire HDX. Now, courtesy of our sister site SlashGear, we get to see how the new tablet not only stacks up even against Google’s masterpiece but, at the same time, is in a league of its own.

Amazon pulled out all the stops when it came to the tablet’s hardware. Sporting the latest 2.2 GHz quad-core Qualcomm Snapdragon 800, paired with an Adreno 330 GPU and 2 GB of RAM, the tablet was built to fly. Internal storage comes in three options of 16, 32, and 64 GB sizes. Similar to the Nexus 7, it has no microSD card slot for expanded storage, as both companies prefer their customers to look to the clouds, their own clouds, to be exact, for answers instead. Unlike it’s bigger 8.9-inch sibling, the 7-inch Kindle Fire HDX only sports a 720p front-facing camera with no camera to grace the rear.

And that rear is indeed something that probably deserves to be left alone, to be looked and marveled at. Instead of going with the normal rounded or curved edges, Amazon went for what is both odd and at the same time interesting beveled design for the rear. The back is covered with a slightly rubberized plastic that affords it a better grip, save for the top edge strip that is made of glossy plastic. The left beveled edge houses the power button while the opposite side holds the volume rocker, both quite accessible when using the tablet with both hands in landscape mode.

The Kindle Fire HDX’s display is absolutely stunning, with 1920×1200 pixels squeezed into a 7-inch screen, giving it a pixel density of 323 ppi for sharp, crisp images and text. Amazon also threw in its new Dynamic Image Contrast system that automatically adjusts on-screen contrast depending on the lighting situation, allowing users to comfortably use the device in bright surroundings while not taxing the screen and the battery too much with maxed out backlighting.

What sets the Kindle Fire HDX apart from any Android tablet is its focus on content. Amazon’s content, that is. And for this purpose, it developed it custom Android interface which is now publicly calling as Fire OS, now at version 3.0. Unlike other custom UI such as Samsung’s TouchWiz or HTC’s Sense UI, Fire OS is a partial rewrite of Android, going as far as even replacing the Android graphics stack with Amazon’s own Graphics Direct Texture pipeline. While this might sound overkill to some, it allows Amazon not only to squeeze every bit of juice from the hardware for its own fancy animations or special features, it also enables the retailer to introduce completely new workflows, such as the Mayday system which conveniently gets users in touch with a live Amazon service representative via video chat, on-screen instructions, and even remote screen control.

As mentioned, content is king, and Amazon takes no detours when it comes to books, music, and movies. Amazon has implemented a Reading Mode that takes the Kindle Fire HDX into its most power-efficient state in order to conserve battery and prolong the reading experience. X-Ray is now available not only for Movies but for Music as well, letting users detect and research artists, actors, music, and more for the media that is currently playing. And, coming in Fire OS 3.1 will be the Second Screen mode that will delegate to the cloud the streaming of media, instead of streaming directly from tablet to TV, freeing up the CPU and the tablet for other uses.

As good as it sounds, the Kindle Fire HDX is not for everybody. Its user experience is tailored specifically for Amazon’s customers, content, and shoppers. While there are ways to access third-party apps and content, the hoops one has to go through to do so might make something like the new Nexus 7 sound like a wiser choice. Still, for those that have already fallen in love, the 7-inch Amazon Kindle Fire HDX starts at $229. Throw in $100 more for LTE and $49.99 for the unique Origami cover, or $64.99 for a leather version, and you’re good to go.