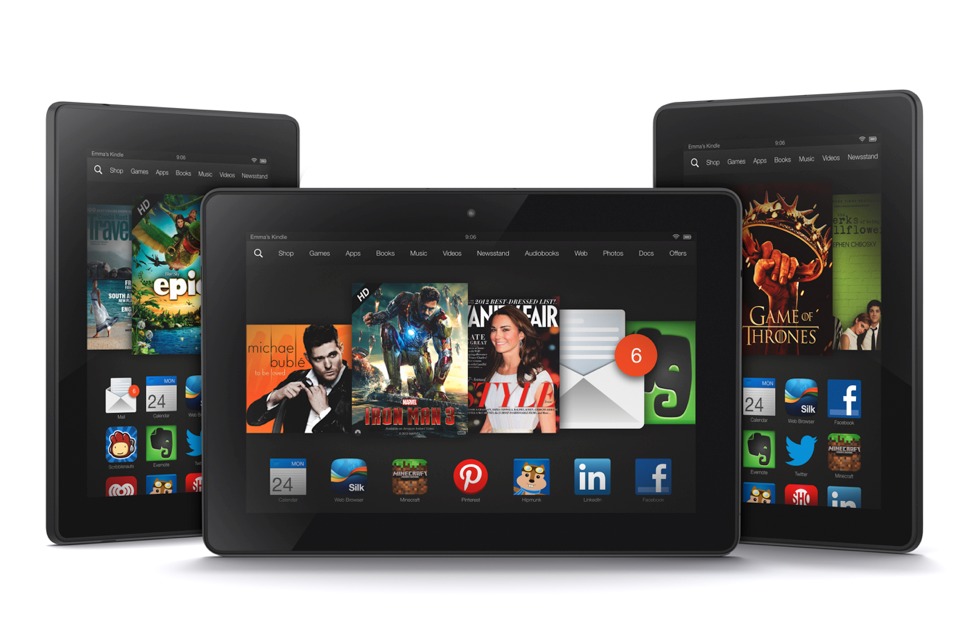 When Google announced their new Nexus 7 we knew the folks from Amazon would have something to say about it. Considering they were their biggest competitor last year, we expected something impressive, and now we know all the details on their new tablets. Just announced this evening is the all-new Kindle Fire HDX lineup. Coming in both a 7-inch and 8.9-inch model, with WiFi and 4G LTE options (Verizon included) we have all the details below.

The all-new Kindle Fire HDX tablets are thinner, lighter and more narrow, yet more powerful and have longer lasting battery life. The HDX stands for the display, starting at 1920 x 1200 full HD at 322ppi on the 7-inch, then an impressive 2560 x 1600 for the 8.9-inch model. We’ve heard countless rumors on the processor, specs, and price, and now it is finally here. Amazon is making a big deal of their HDX display. Stating they feature automatic light sensors that adjusts the contrast of the pixels according to ambient lighting, not just backlighting. Which makes for the best viewing (and reading) experience.

The Kindle Fire HDX 7 and 8.9 both come with a 2.2 GHz Snapdragon 800 quad-core processor and 2GB of RAM, and the storage starts at 16GB. They’ll be offering 32 and 64GB models as well. All in both WiFi and 4G LTE models you’ll be happy to know the LTE variant will reportedly work with both AT&T and Verizon. 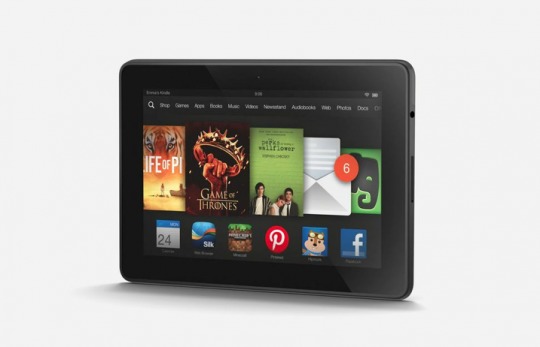 Both tablets come with a front facing 720p camera. Then the 8.9 slate employs an 8 megapixel lens on the rear with auto focus, flash, HDR mode, panorama and more. Basically all those features you’d want from a camera, even if it’s on a tablet. Both slates are over 1mm thinner than last year, yet faster, more narrow, and have better battery life. From the Snapdragon 800, the automatic brightness features, and a low-power reading mode they promise over 17 hours of reading, and 11 hours of regular usage.

As for the OS, the new Kindle Fire HDX line is running on Fire OS 3.0, which is based on Android Jelly Bean of course, and we’re hearing they’ve made tons of improvements all around. Not to mention added many of the top requested features. We’ll be digging into the software on our hands-on, so check that out momentarily. 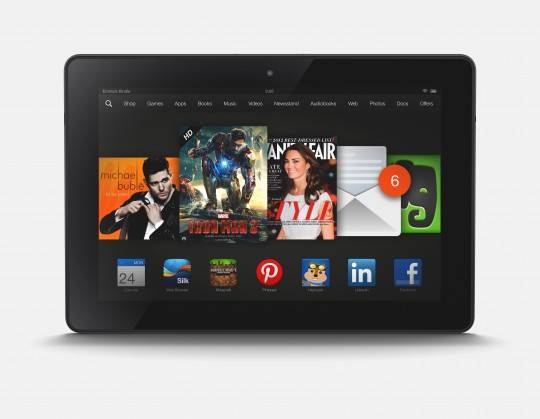 Being a popular BYOD tablet, they’ve added many enterprise features. Things like printer support, hardware encryption, VPN, and even new kid features for when you aren’t at work. There’s a new “grid view” you can access by scrolling up from the carousel, an Android-like “Quick settings” from the top, and an improved multi-tasking system (for apps) where a swipe from the right bezel opens previous ebooks, etc.

There’s a lot of new stuff to cover, so check out our hands-on posts for additional details. So, you’re probably wondering how much? The Kindle Fire HDX 7 starts at $229 for the 16GB model, and will come in 32 and 64GB as well. Add $100 for LTE, like usual. Then the 8.9 will start at $379 for the 16GB model, and will have the same storage and LTE options as the smaller sibling. The 7-inch slate ships “mid October” with the 8.9-inch variant arriving a “few weeks later” according to Amazon. Stay tuned for more details.