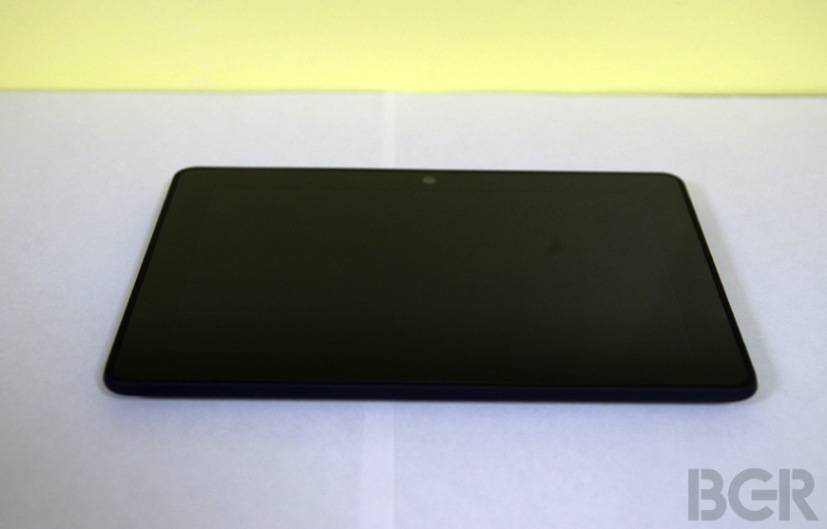 Details of the next-generation Kindle Fire HD have slowly been leaking. There has been some talk of the tablet arriving with a MediaTek processor and also some talk of benchmarks. Today however brings a series of images that reveal a new exterior design. The pics have been shared by BGR and reveal what can only be described as an angular design.

The angular design comment comes from looking at the image of the back of the tablet. The rear-side of the tablet shows the Amazon logo sitting in the center with a pair of speakers up towards the top (assuming the tablet is held in landscape mode) along with the power button and volume buttons. As you can see from those images, the power and volume buttons are sitting on opposite sides of the device. 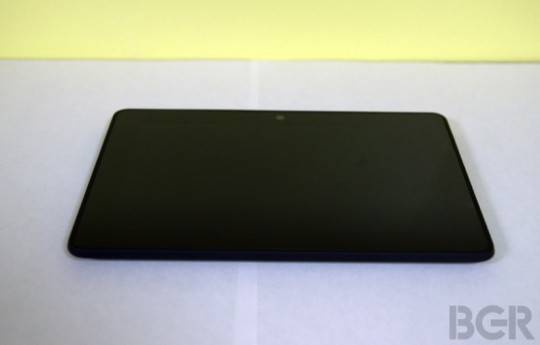 As for the front of the tablet, well, that looks as one would expect. Needless to say, there is a front-facing camera as well as what appears to be a fairly large bezel around the display. These images are showing what is said to be the 7-inch Kindle Fire HD, however an 8.9-inch model is also expected. We have yet to see any images of the larger model, but it was said that it looks almost identical.

This 7-inch Kindle Fire HD should arrive with a display resolution of 1920 x 1200 and with either a MediaTek MT8135 or Qualcomm Snapdragon 800 processor. Other specs look to include a customized version of Android 4.2.2 Jelly Bean along with storage options ranging from 16GB to 32GB and topping out at 64GB. Otherwise, while the 8.9-inch model may end up having a rear-facing camera, there doesn’t appear to be one on this 7-inch model.

For now Amazon hasn’t offered anything in terms of a possible announcement date, but judging from past history — that time should be coming fairly soon.