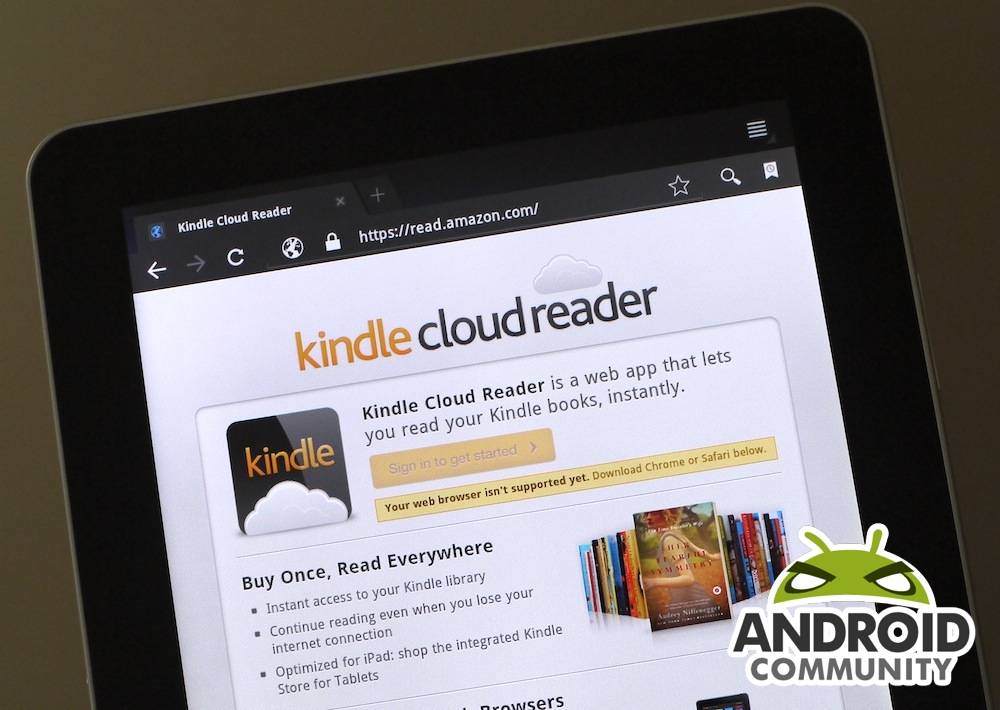 Amazon has launched a new web-based Kindle app, http://read.amazon.com/, using HTML5 to offer the ereading experience within the browser. However, while the app appears to be a workaround to avoid Apple’s limitations on native iOS apps containing links to external stores, it seems Amazon is also leaving Android out in the cold.

Attempt to access the Kindle Cloud Reader on an Android Honeycomb tablet, and you’ll get the message “Your web browser isn’t supported yet” and the advice to download Chrome or Safari (the desktop versions) instead. We tried in both the native Honeycomb browser and third-party alternative Opera, with no luck in either.

It’s a shame, since the web app is surprisingly well put together. As well as offering access to the cloud store of previously purchased titles, which can be locally downloaded to an iPad for offline reading, it has seamless integration with Amazon’s Kindle store for buying new titles.

The decision not to get the app up to speed with Android is somewhat curious, since Amazon is believed to have a pair of Android-based tablets of its own in the works. The company’s native Android app still supports the Kindle store – Google, unlike Apple, doesn’t limit links to places people can buy content – however.