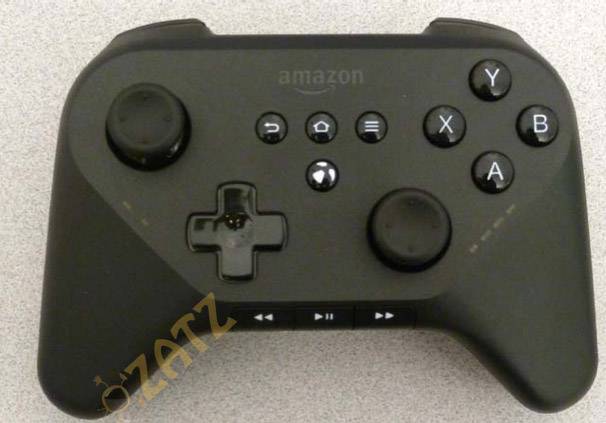 An Amazon set-top box has been the subject on numerous rumors, and as of today it would appear as if we are getting a first look at some of the hardware. We aren’t seeing the box itself, but a piece that brings a clear suggestion of functionality. Dave Zatz recently spotted some images of a game controller.

The images come by way of an overseas regulatory agency, which can be compared to what the US has with the FCC. Basically, the place where products go to get approval before a release. More important here, based on the controller, it would appear as if Amazon is working on something with gaming and media features.

The controller is Bluetooth, and sports a full line of gaming buttons including direction buttons, a pair of analog sticks, the XYAB buttons and some shoulder buttons. Interestingly, there is a trio of buttons that appear to have been pulled directly from an Android handset. Those sit front and center and include the back, home and menu.

There is also another button just below, but that one remains a mystery. Otherwise, remaining details for the controller are the two sets of LED indicator lights (on the left and right) — those are believed to be Bluetooth and battery indicators. While it is hard to argue this is an Android game controller, there isn’t much in terms of whether this is simply an accessory, or an accessory for the yet-to-be-annouced Amazon set-top box.