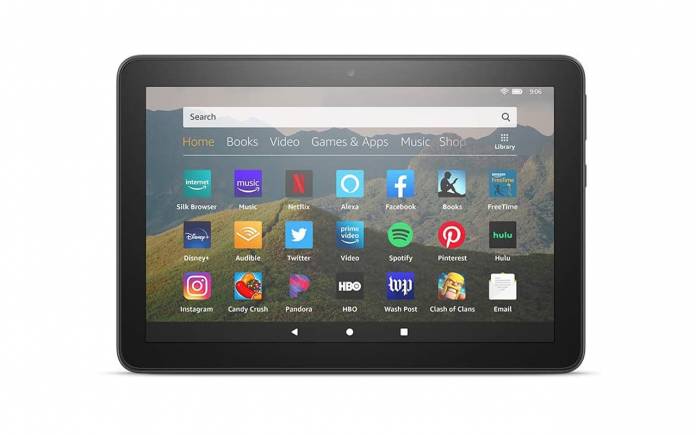 The Amazon Fire HD 8 (2018) has been one of the best sellers in the affordable tablet segment. It makes a big impact with its Alexa prowess and extremely low price tag. But it fails to impress the workaholics due to its slow performance and limited software ability. Despite the fact, if you own the Fire HD 8 or are willing to purchase one at the current discount of 33-percent on Amazon, you are in luck – you can now, with a custom ROM, upgrade the tablet OS to Android 10.

Since most of the tablets now launch with Android 10 out of the box (Google is already working on Android 11 to drop this fall); it is only fitting for the Amazon’s Fire HD 8 that runs Fire OS 6, which is based on Android 7.1 to get a close-to-stock version of Android. This has been made possible by XDA developer Kaijones23 who has developed and released the LineageOS 17.1 for the 2018 Amazon Fire HD 8 (codenamed Karnak).

Based on the Android Open Source Project code, the custom ROM is made to replace the Fire OS 6 on the Fire HD 8, which will completely transform the tablet’s OS to Android 10. The project is work in progress – it may present users certain lags initially. The interested can unlock the bootloader and install the TWRP custom recover tool to get the LineageOS 17.1 on the tablet.

Since Kaijones23 currently believes the build is in beta and requires some polishing before the ROM can be recommended to be used in the Fire HD 8 if it’s your daily driver. The kernel source code and device tree for the ROM are hosted on GitHub allowing other developers to tinker with it and submit fixes and patches to make it full proof.