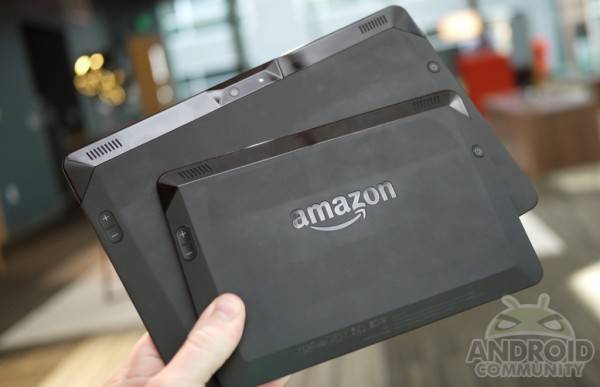 Whether or not you subscribe to the idea of Android in the living room, the console race is still going strong. Ouya is trying hard to build their base offering into a powerhouse, and others like MadCatz are also bringing the promise of something bigger for Android consoles. Those center on gaming, but if Amazon has their way, you’ll forget about the rest in short order.

A new report suggests Amazon is shopping a console design around to “senior publishing sources”, and it’s running Android. The device is said to be about the size and shape of a PlayStation 1 after the redesign, and using both Android and iOS games as demos. There was no word on if the console somehow can utilize both iOS and Android games natively, or if the games were cross platform offerings.

The console design is likely to change via Amazon’s Lab 126, where so much odd news comes from. In addition to gaming, the console may also bring Amazon’s various other offerings to your living room, like music and visual media. The console is said to bring music, TV, and movies to the forefront in addition to games, with special attention paid to Prime.

This is a continuation of various other reports of Amazon’s intent to create a set-top box for the living room, which some believe will be branded as “Firetube”. In addition to the above information, Amazon is also said to be developing their own games, and hiring for various positions regarding gaming. The console is said to be offered at a sub-$300 price point, but there was no specific timeline offered for release outside of “2014”. Between the early hardware build and current state of development, we’d have to think sometime around the holiday shopping rush seems an appropriate timeframe, should we see it this year.
VIA: SlashGear