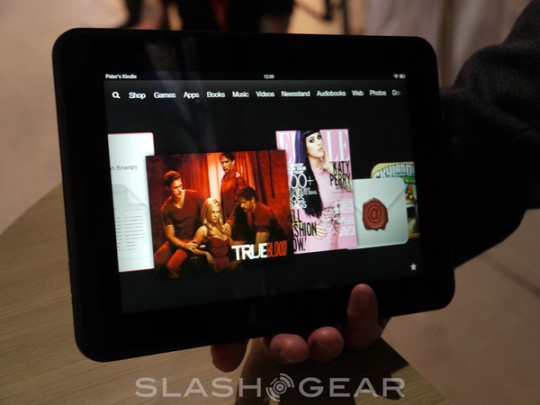 Amazon has recently described the Kindle Fire HD as the “#1 best-selling product across all of Amazon worldwide.” That’s some pretty serious sales if accurate. Of course, since Amazon almost never releases actual sales figures when they talk about products a little skepticism is needed. Maybe it is the best-selling thing on Amazon ever, or maybe they mean it’s the best-seller this week. Without numbers it’s hard to be sure.

Amazon also said that it holds the title of most popular 7-inch tablet on the market. Again, no numbers were given, and we aren’t sure if Amazon has sales data on all of the competition. Still, it would not be too surprising, as the Kindle Fire line has always seemed to be quite popular, and we could easily see it being the most popular tablet, especially with the marketing power of Amazon behind it.

To celebrate Amazon’s good news, they have announced continued support for the Fire HD line, starting with an OTA update soon. Users will receive a notification when the update is ready for download. This new update will roll out one of the new features Amazon talked about when the announced the Kindle Fire HD called FreeTime.

FreeTime allows parents to take control over how their children use their Kindle Fire HD tablets. It allows parents to control what media their kids can watch and for how long they can watch it. It also lets them restrict use of games and anything else they want to limit. It could make the Fire HD a great holiday gift and help it keep its “best-selling” status.