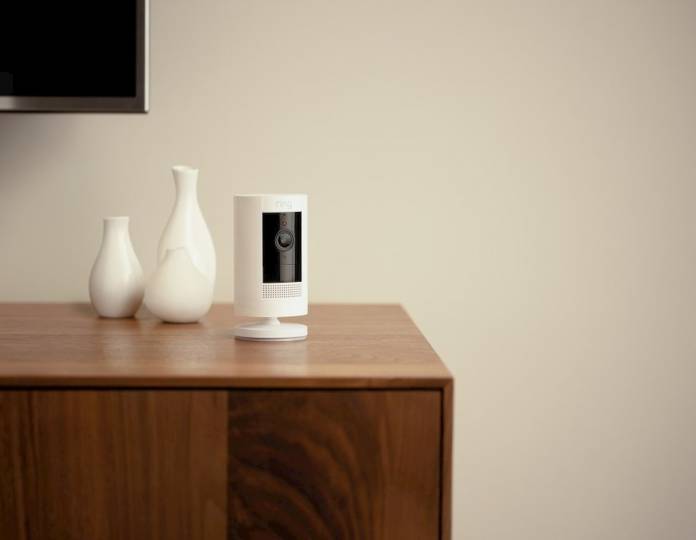 At Amazon’s device event today, they announced a new lineup of Ring products that can help you set up an affordable home security system. They are bringing two new security cameras with the new generation Stick Up Cam and a new Ring Indoor Cam. Plus, they’re also bringing a Retrofit Alarm Kit in case you already have existing hubs that you’ve previously bought and can now connect together with your other sensors. These devices will allow you to update your security systems whether you’re just starting out or you need to add devices to your existing one.

The Retrofit Alarm Kit will be available in two ways: bundled with the Alarm Hub that Amazon previously introduced or as a stand-alone device in case you already previously bought the Alarm Hub. You will be able to connect it to your existing hubs and use the Ring Alarm with the sensors that you have been using or you bought but still haven’t used. What isn’t clear though is if it will only work with Amazon or Ring devices.

Amazon is also bringing an updated version of their Stick Up Cam, which they call the “most versatile” among the cameras from Ring. You can choose to use it both indoors and outdoors since you can power it through an outlet, through batteries, and even through a solar power attachment. It will also be able to record video in 1080p resolution and can even detect motion during its night mode.

They also introduced a new device called the Ring Indoor Camera. Amazon didn’t expound much on the features of this budget camera except to say that you will be able to “control where the camera records”. They say you will also be able to set it to Home mode although we don’t know exactly what that means. But if you’re looking for an affordable home security camera then this may be the answer to your needs.

The Retrofit Alarm Kit bundled with an Alarm Hub will cost you $375.99 while the standalone device is priced at $199.99. It will be available by November. The new Stick Up Cam has a price of $99.99 while the Ring Indoor Camera is just $59.99. You can pre-order both cameras today through Amazon of course.

UPDATE: The Indoor Camera is now available on Amazon with the SRP of $59.99.