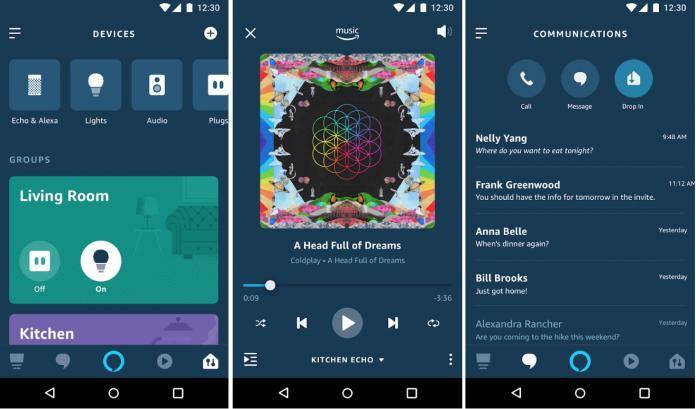 The battle between the digital assistants continues to heat up as each of the tech giants try to one-up each other. Alexa, Google Assistant, Siri, and Bixby are just some of the biggest players now and each one keeps bringing new features to convince you to use it mainly or to switch if you’re unhappy with the current one. Alexa is preparing to roll out a major update to Android devices which will include a redesign and a more convenient way to access your smart home devices.

Actually, the update has already rolled out…but for iOS devices only for now. Amazon did confirm that the redesigned app will start becoming available for Android users over the next few weeks. Since it’s a server-side switch, it looks like you’ll really have to wait for it to roll out as there is no APK that you can download and install to force the redesign to appear on your app.

What can you expect from the update anyway? Aside from a more streamlined design, it will also make it more convenient for you to access and control your smart home appliances that you’ve connected to Alexa. The devices will be grouped according to the room that they’re placed in. And even more convenient is the fact that you can now toggle them on and off from the same tab and as one “group”.

Another thing that you can do on the redesigned Amazon Alexa app is that you get more communication options for your contacts. This includes the “Drop In” feature where you can instantly connect with your loved ones, as long as you have a compatible device. Some actually don’t appreciate this functionality as it can sometimes be a little intrusive.

You can check out how it looks like in screenshots from the iOS version. Of course it might look a bit different from the Android once it eventually rolls out, but at least you’ll get an idea of what to expect. Now to wait for an announcement as to when to expect the Alexa update.