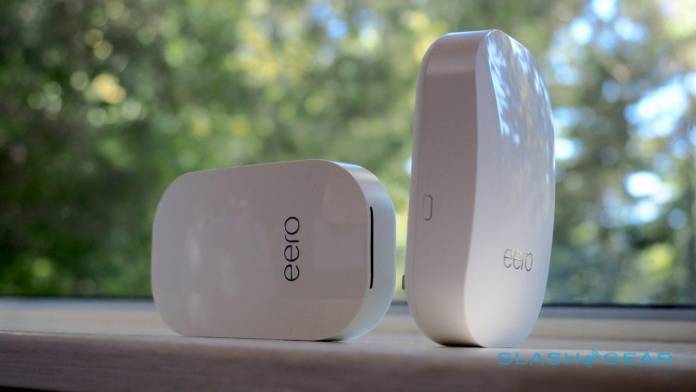 In a somewhat surprising but not so unexpected move, Amazon has added another hardware brand to its portfolio. They have announced their agreement to buy mesh router company Eero for a yet undisclosed amount, pending the usual regulatory conditions. This is probably part of the company’s push to have user-friendly networking for their connected devices like its Echo speakers and other Alexa-powered smart home devices. No word yet on what changes will happen once the acquisition is final.

Eero may not be a familiar brand for usual users but they have been around since 2014 and have launched several mesh networks to domestic settings as opposed to the usual enterprise settings. They have also introduced subscription services to their routers, like parental monitoring and filtering as well as ad blocking and malware scanning. This was to compete with other mesh networking like Google WiFi and other traditional networking players.

Their second-generation hardware may be the reason why Amazon has acquired the company. They have made their routers more flexible, including a smaller version that plugs directly into an outlet, making it easier for devices like smartphones, laptops, tablets, consoles, and other Internet of Things (iOT) devices. Amazon has been releasing a lot of Alexa-powered devices that are meant to connect to a WiFi network out of the box.

Amazon has also been releasing products that might be outside of traditional WiFi coverage as they may be on the periphery of your house. So they might be looking at Eero’s products to help them get these devices connected. We’ll probably know more about the details of this acquisition in the next few weeks after it has been finalized.