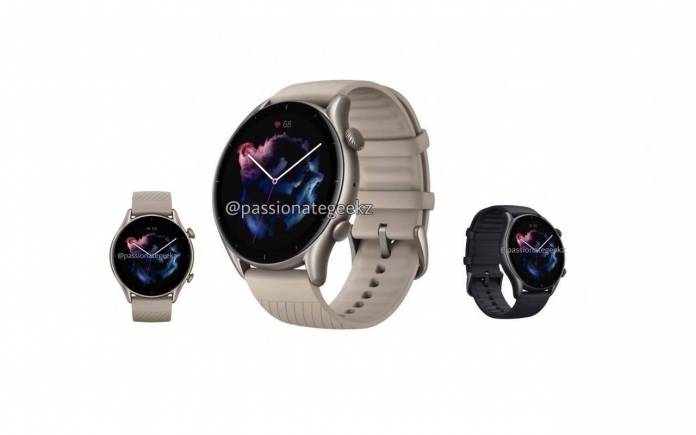 New Amazfit smartwatches are about to be unveiled. Images, specs, and details have been leaked over the weekend before the official reveal this week. Three new models are expected: the Amazfit GTR 3, Amazfit GT3 3 Pro, and the Amazfit GTS 3. The wearable devices will launch globally later and in China tomorrow, October 12. The watches will run on ZEPP OS which is developed by the Amazfit team. They are all ideal to use for health and fitness tracking.

Like most smartwatches today, you can install apps on them and make calls over Bluetooth. The Amazfit GTR 3 comes with a 1.39-inch AMOLED Ultra HD screen with 454 x 454 pixel resolution, and a 450mAh battery. You can choose between the Moonlight Gray and Thunder Black silicone straps.

The ZEPP OS on the Amazfit GTR smartwatches offers animated watch faces at 60fps. Check out the 150 sports modes and 150 watch faces plus Spotify and Home Connect. Other features of the wearable device include 64.47% to 65.96% display to the body ratio and a smaller 4.05mm bezel.

The Amazfit GTR 3 Pro features a 1.45-inch OLED display. The PPI is now 331. The specs and features are almost similar with the non-Pro version but the display is larger. Price could be around $225 while the regular version will be $215.

The regular Amazfit GTS 3 is the most affordable at round $205. It features a 1.75-inch screen with 390 x 450 pixel resolution and 2-hour charging to reach full battery capacity.