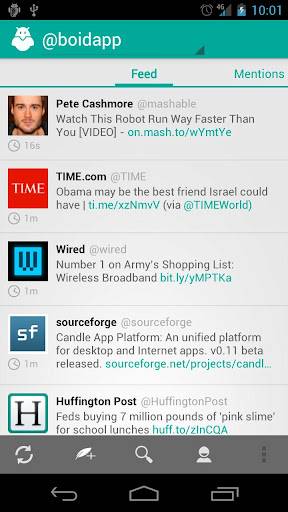 An Alpha release of Boid for Android has just hit the Google Play store and is available for download. If you haven’t heard, Boid is a Twitter client with an Android 4.0 (Ice Cream Sandwich) styled interface. There are quite a few updates in this release, but there are many standard Twitter features they are planning on for the next couple releases. There still isn’t full tablet support, and user lists are currently not functional. If you purchase the donate version from Team Boid, they plan on offering a home screen widget as well.

As for features to see in this update, they’ve included a new dark theme, many bug fixes, interface improvements, and the ability to quote, retweet, or reply by tap/holding over a tweet list. Boid looks very promising, and once it’s polished up it’s simplistic ICS interface is going to be appealing to anyone with Android 4.0. 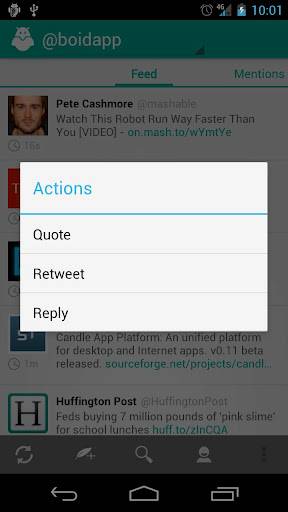 This is currently the only Twitter client that was built with Android 4.0 in mind, but more will surely be on the way. Team Boid certainly has the jump over any others at the moment, so hopefully they can keep the updates coming in a timely manner. Tablet support would be a huge step as well – especially since Android 3.2 looks much like ICS.