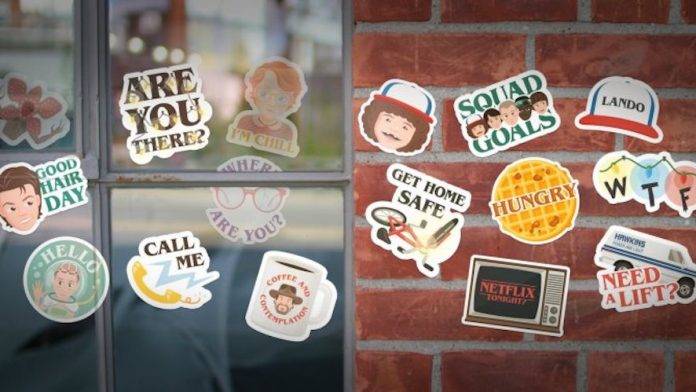 While Season 2 of Stranger Things is still far, far away, people’s fascination with the 8-episode Netflix phenomenon has not waned yet. And you can expect a lot of Elevens and Dustins and Barbs going around your neighborhood this Halloween. Google says it’s never too late to get in on the action, as they are releasing Stranger Things stickers for your conversations on Allo. Plus, the update also brings the ability to reply from your notifications and also some Nougat-related support.

People are still not over the surprise 80s-setting joy of Stranger Things, which came out last July but is still immensely popular in pop culture circles. And now you can include them in your conversations on Allo, like Eleven saying “Friends don’t lie” or insulting them by posting the mouth breather sticker. You have stickers with Barb, Steve, Dustin, and yes, even the Demogorgon makes an appearance. The sticker pack is now available for download and don’t worry, it’s free.

The update also brings several new features, including the ability to reply to Allo messages from the notification itself. It saves you a few seconds of switching to the app, in case you’re doing something important. If you already have your phone updated to Nougat, you can also enjoy its features like split-screen mode and app shortcuts. iOS get the additional feature of doodling on photos, but hopefully that will come to Android soon too.

The update to Allo is already rolling out to users. And if you’re in New York City on Halloween, some “drop-offs” conducted by Hawkins National Laboratories (yes, Stranger Things reference again) will be announced on Twitter.