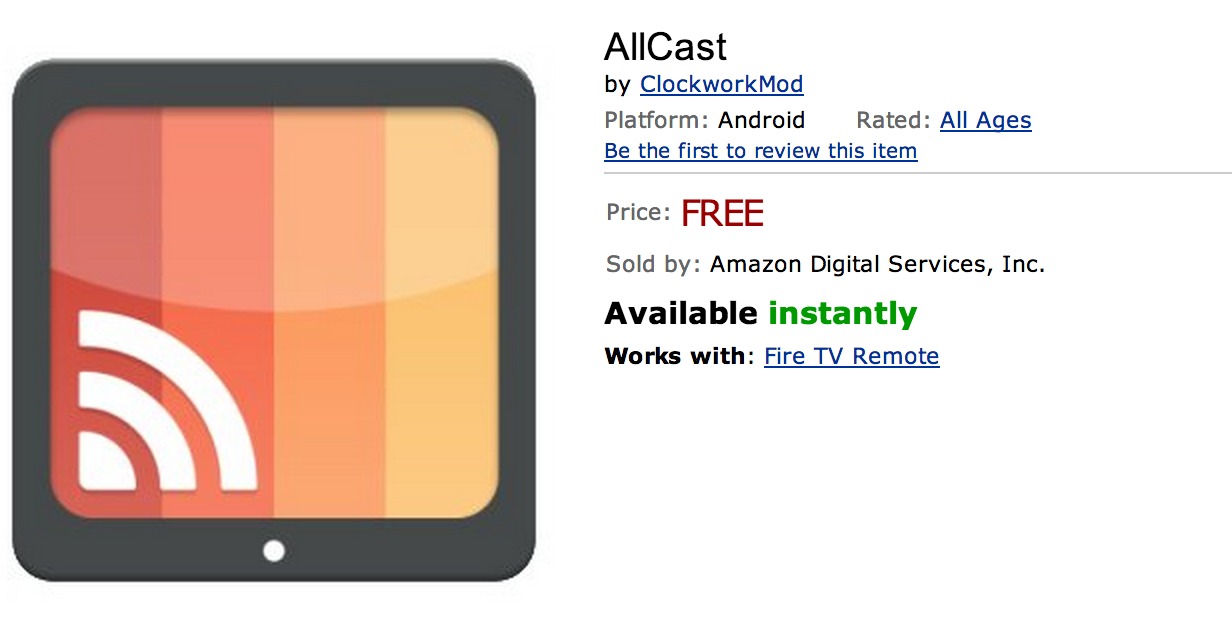 It’s official: you can cast anything to your Amazon Fire TV. Thanks to Koushik Dutta and his tireless work on AllCast, the app is now available for the latest streaming TV box. With it, you can stream movies from just about anywhere to your Fire TV.

AllCast has its roots in Chromecast lore, with early incarnations being blocked in one ofrm or another by Google. Though likely not meant as a nefarious act, it left the future of AllCast hanging, as Koush became disillusioned with moving forward.

Now, we have AllCast just about everywhere, making it one of (perhaps THE) only cross platform streaming app. The ability to take media stored in your Dropbox or “Google+” account (likely Drive) — as well as files stored locally — and broadcast it to a Fire TV is a feature we’re glad to not have to wait for.