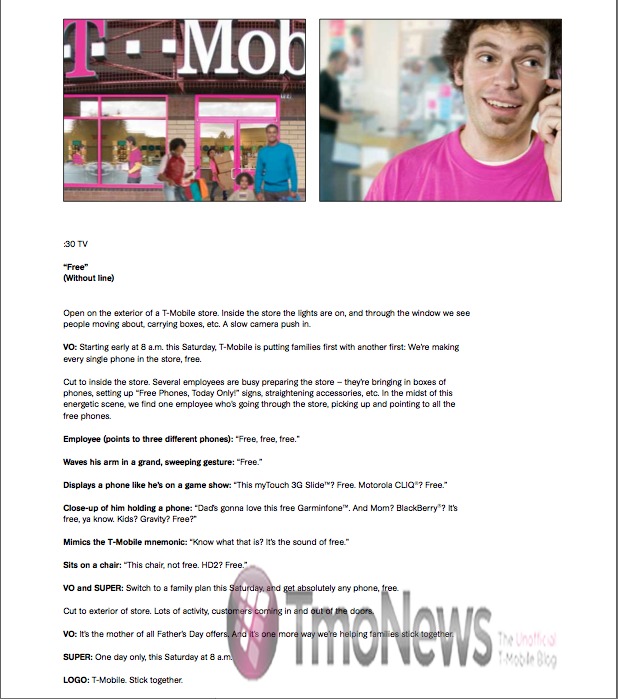 We’ve been waiting and digging for more information on what will happen on the 19th. Most of us thought it would be the introduction of the Nexus One into stores or Android 2.2 for the Slide. Well, the promotion is indirectly Android related. The latest rumor has T-Mobile conducting a one day promotion where every phone in their inventory will be free.

Tmonews has received a leaked script of an upcoming T-Mobile commercial. This script explicitly says that all phones will be free if you switch your plan to a family plan. I would assume that if you already have a family plan, you can get this offer by adding an additional line. This has not been confirmed but it looks like pretty solid information.

So if you’re an Android fan you will be able to pick up a Garminfone, myTouch 3G Slide, Cliq or any other Android based phone for free. This will save families 100’s of dollars, hopefully another great Android device is released on that day as well.