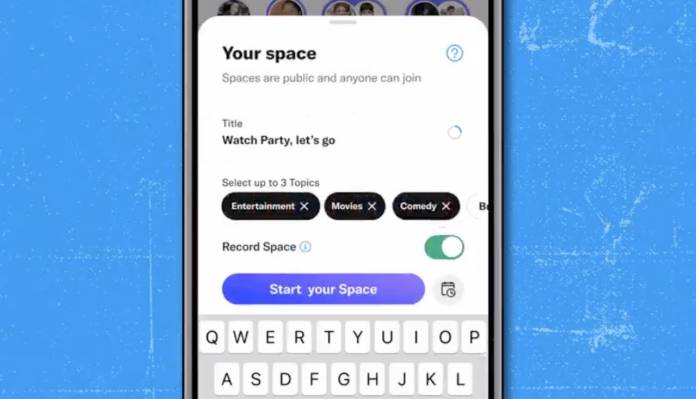 Back in October 2021, Twitter introduced the ability to record their audio-only Spaces so listeners can catch up on the talks or shows they missed live. But back then it was only available for a limited number of hosts although Twitter said they’ll eventually expand it. Well, that day has now come as all hosts will be able to record their Spaces, further democraticizing this feature as the ability to host Spaces is also available for all iOS and Android users.

Twitter updated its tweet about Spaces Recording and announced that all hosts now have the option to record their Spaces session if they want to. While the audio-only sessions are meant to be listened to live especially for listeners who want to have interactions with the host or the speakers, having the option to record them is a great thing to further expand Spaces. There are those who may not have the time to listen live but may be interested and those who listened live can also share it to their own Twitter network if they found the session useful or interesting.

Another update on Spaces Recording:

The option for hosts to record is now available for everyone on Android and iOS! When starting a Space, tap the “Record Space” switch to have it available for public playback for 30 days once the Space has ended. pic.twitter.com/fYzaOjQJlF

Before you start you press “Start Your Space”, you need to switch on the Record Space toggle just above the button. While the live audio chat is ongoing, there will be a red button to let everyone know that this is being recorded. After the Space ends, the recording will then be available for 30 days to anyone who wants to listen. The host can tweet out a link to the recording which other users can then retweet, giving the audio chat a new life even after the live part has ended.

While Clubhouse is the “original” player in this new space (so to speak), Twitter Spaces has been trying to catch up in terms of popularity and feature parity. While initially limiting the ability to create Spaces for those with 600 and above followers, they eventually made it available for everyone. They also started rolling out Ticketed Spaces to let creators monetize their Space for those who are willing to pay to join a live audio chat.

We’re seeing Spaces gain traction already on the platform but there’s still a lot of things that can be improved. Searching for something to listen to should definitely be up there in their priorities so hopefully we’ll see more improvements to that and discoverability as well.