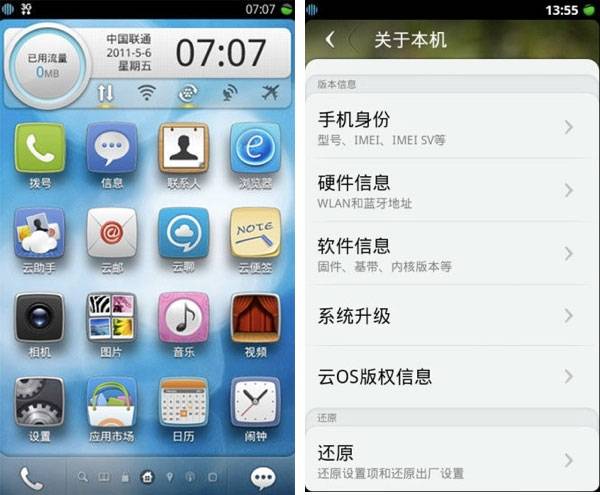 A Chinese ecommerce firm called Alibaba has announced a new mobile OS that it is launching. The new OS is called Aliyun. This would be sort of along the lines of Amazon launching its own OS here in the US. The new Aliyun OS will launch at the end of this month and show up on a smartphone called the K-touch W700 phone.

The interesting thing about the Aliyun OS is that it is capable of running Android apps. The new OS comes from the AliCloud division of the company and will use cloud computing for core functions like email, maps, GPS, backups and more. In addition to running Android apps, the OS with will be able to run webapps with HTML 5 or JavaScript.

The first smartphone to use the OS will be made by Chinese firm Tianyu and will use NVIDIA chips inside. The device will have a 3.8-inch screen and Tegra 2 power. The process leading to the new OS took three-years according to Alibaba and the firm has 1,200 engineers on the project.