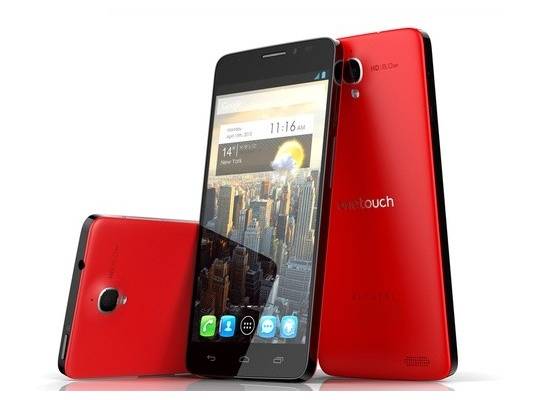 Alcatel has announced the One Touch Idol X smartphone during Mobile World Congress. This handset has been announced with a decent display, however there are still some missing details. For example, Alcatel has yet to say exactly where the One Touch Idol X will be available. As for that display though, that is an edge-to-edge 1080p display that will measure in at 5-inches.

Other specs for the One Touch Idol X include a quad-core 1.2GHz processor along with 1GB of RAM, 16GB of internal storage, a microSD card slot, 2000 mAh battery and Jelly Bean. The handset has a 2.1 megapixel front-facing camera as well as a rear-facing that will vary depending on market. The official details say the handset will have a 13MP, however some markets will only see an 8MP.

Connectivity will include 3G, as opposed to LTE and the handset will launch in several colors to include orange, red, yellow and blue. Just to recap here, the Alcatel One Touch Idol X seems to be a step up in terms of specs (as compared to previous model Alcatel handsets), however we still need to see how much it will end up selling for.

Not to mention, when the handset will actually be available for purchase. In the meantime, make sure to stick around for lots more Mobile World Congress coverage including some additional release details coming from Alcatel. It looks like they have not only announced some Android handsets, but also the One Touch Fire which will be running the Mozilla Firefox OS.