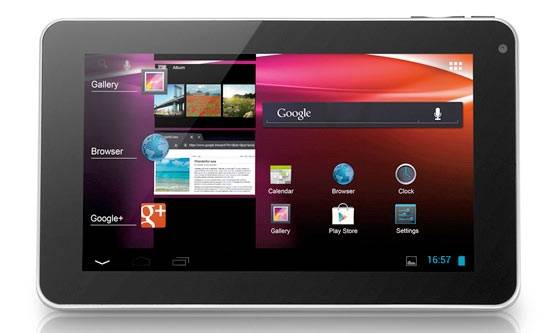 Looking for a 7-inch tablet on the cheap? We’re talking cheaper than the Google Nexus 7, which is already pretty inexpensive as far as tablets go. If you are, then Alcatel might just have the tablet for you. The company recently pulled the veil off the Alcatel One Touch T10, which is expected to sell for around €120 when it launches in Europe – that translates to about 156 US dollars.

The folks at Liliputing are thinking that it will launch with an even lower price tag in the US, but that’s assuming it comes to the US in the first place. Of course, low-priced devices don’t typically have the best specs, and the One Touch T10 is no different. On the inside, we’ve got a Rockchip RK2918 ARM Cortex-A8 single core processor clocked at 1GHZ, along with 1GB of RAM. In other words, we won’t see this tablet burning up the benchmarks.

Aside from the rather underwhelming processor, there’s also 4GB of flash storage, which can be expanded by up to 32GB with the use of microSD cards. The One Touch T10 will come running Android 4.0 Ice Cream Sandwhich out of the box, sports a paltry 0.3-megapixel front-facing camera, and runs at 800×480 resolution. So yeah, nothing to really write home about as far as specs go.

Still, that price will probably do a lot to get consumers’ attention. There isn’t any word yet on when this bad boy will launch, but more details will probably follow this announcement soon. Would you like to pick up the One Touch T10, or would you rather shell out the extra cash and bring home a Nexus 7 instead?