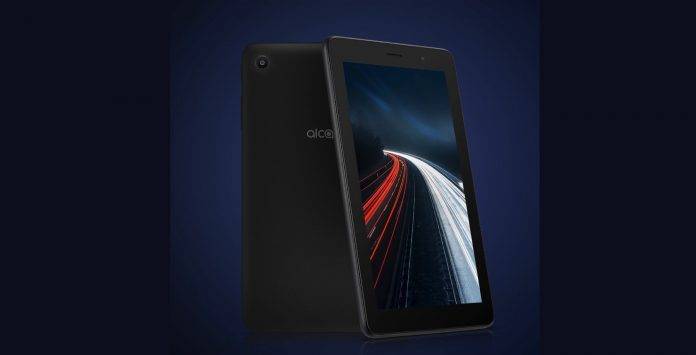 The MWC 2018 is where Alcatel is on a roll right now. After the Alcatel 1X getting the Android Go party started and the Alcatel 5 being introduced as an 18:9 phone with hidden intelligence, here is the Alcatel 1T Android tablet available in two sizes. The last tablet we remember was the Alcatel A30 made available by T-Mobile back in May 2017. The brand is more known for being prolific in releasing new budget-friendly and mid-range smartphones but it hasn’t forgotten the tablet game. This new 1T Android tablet can be availed in either the 7-inch or 10-inch version.

TCL’s Alcatel has made sure the new tablet already runs on Android 8.1 Oreo OS. This means the tablet features that latest the Android platform can offer at only below 100 Euros ($123) as noted by a company exec. The smaller 7-inch tablet is more lightweight and portable in form while the 10-inch version has obviously a bigger display. Both tablets come with pre-loaded content and apps that are kid-friendly because of the Kids Mode offering. If you’re looking for a mobile device more suitable and safe for the children, you may consider the Alcatel 1T. It also comes with the Eye Care mode so adults can be relieved of visual fatigue as the tablet reduces blue light.

The tablet promises super-fast Internet connection with the WiFi and 4G LTE provided by the LINKZONE CAT12. You can use the tablet as a hotspot if you need to connect other devices. With the 4300mAh battery, you can wear off the tablet for up to 15 hours on normal tablet usage or 300 hours of standby time. What’s more impressive is that it can be used as a power bank if you want to quickly juice up other phones, tablet, or whatever devices.