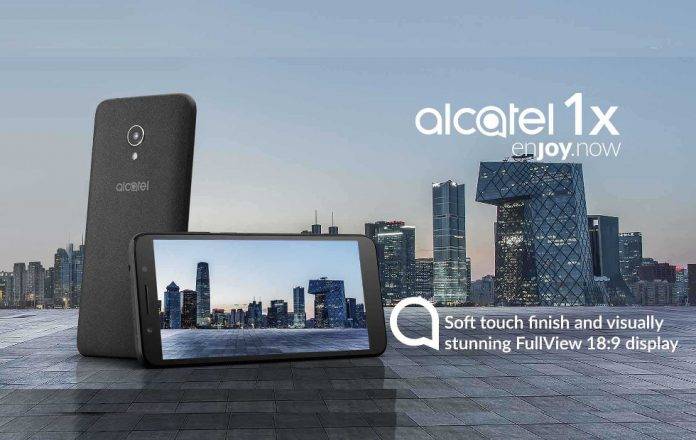 It’s still a few hours before the formal start of MWC 2018 but Alcatel is already warming up the house. Smart strategy considering Samsung is expected to hog the spotlight. And Alcatel doesn’t have one, not even two, but four new phones to show off. Making good on its promise to reinvent its smartphone line, Alcatel has just revealed the first members of its new 5, 3, and 1 series. And perhaps the most interesting of them all is its first, as well as one of the very first, Android Go phones: the Alcatel 1X.

If you’re looking for the latest and greatest innovation, you’re definitely in the wrong place. The Alcatel 1X is plain and almost boring, and that’s exactly its appeal, ironic as it may be. Being an Android Go phone, it’s not meant to be stand out in performance or features. Quite the opposite, it’s meant to stand out precisely because it doesn’t have all the bells and whistles.

In practical terms, that means a 1.3 GHz quad-core MediaTek MTK6580, with 1 GB of RAM and 16 GB of storage, generous in this context. The rear camera is 8 megapixels, which can be “interpolated” to create a 13 megapixel image, while the front one is 5 megapixels, again interpolated to 8 megapixels. It’s a back-to-basics Android phone for those who just want something serviceable and also extremely affordable.

That said, the Alcatel 1X still manages to get something modern in. That comes in the 5.3-inch “Alcatel FullView” screen that is probably the first to have a 960×480 FWVGA+ resolution. Yep, that’s 18:9 in the lowest resolution possible on a phone. The Satin or Suede finish is also advertised to give it a “soft touch”. If it doesn’t end up catching too much dirt, that is.

And it’s biggest selling point? Android Go, of course. This configuration was made exactly for phones with constrained hardware and for users with constrained resources while still delivering as much of the full Android experience as possible. All that for 99.99 EUR ($123) starting April.