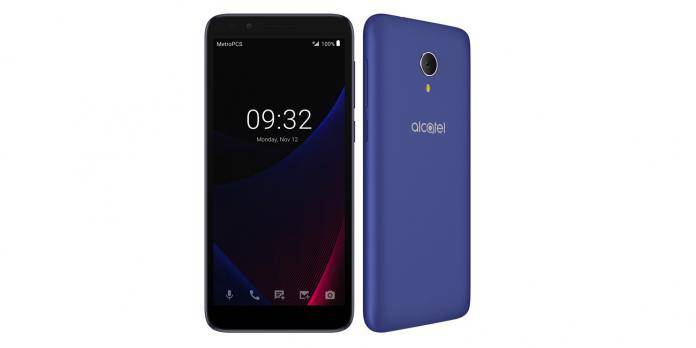 Alcatel may not be one of the top names when it comes to Android phones but it is certainly a prolific brand, introducing new devices every a couple of months or so. The last one we featured was the Alcatel 3T 8 budget tablet for families with kids bound for T-Mobile. There’s also the Alcatel 7 exclusive value smartphone from MetroPCS plus the Alcatel 1X as the US’ first Android Go smartphone. The 1X is getting a follow-up now in the form of the Alcatel 1X Evolve. It’s like an “evolved” Alcatel 1 but you know, it’s all that and more.

When it comes to imaging, there is the basic 5MP selfie camera plus an 8MP rear shooter with LED flash. The phone supports nano 4FF SIM and voice over LTE (VoLTE).

There is no information on pricing yet and exact availability. We just know it will be ready from Metro by T-Mobile. The latter, just in case you still don’t know, is the old MetroPCS.

The T-Mobile group rebranded MetroPCS back in September. It now brings new all-unlimited rate plans that include Google One and Amazon Prime.