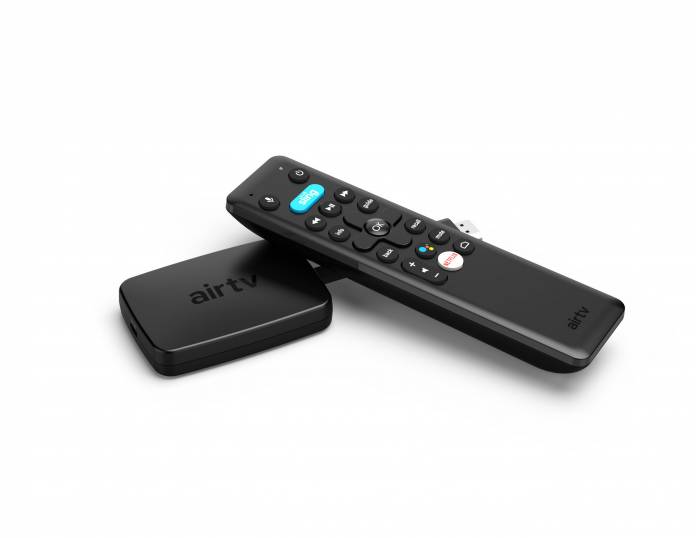 If you want to spend a lot of time watching TV without actually having a regular cable subscription, AirTV wants to bring you a device that should help you out. The AirTV Mini is a stick that you can plug into your TV’s HDMI port and will let you watch OTA (over-the-air) channels, Android TV, Sling TV, Netflix, and probably other streaming services you subscribe to. And since it runs Android TV, this means you also get to have Android apps on your screen as well.

While the AirTV Mini is a tiny device that you can just plug into your TV, it has a slight catch. For it to be fully functional, you need to have the OTA Antenna and an AirTV WiFi-enabled network tuner. Otherwise, it’s only just a simple Android TV device. But even if it runs just that, you’ll still be able to stream services like Netflix, Hulu, and maybe eventually Amazon Prime Video since they’re mending their relationship with Google now.

The AirTV Mini can stream content at 4K resolution with HDR color technology and has a 2×2 802.11 AC Wi-Fi connection. The controller that comes with it also has physical buttons to trigger Google Assistant if you need to ask it questions about the weather, your schedule, and other stuff that Google’s digital assistant can do. It also has a dedicated button for Netflix so if that’s your streaming service of choice, you can bring it up quickly. It can also display YouTube videos in 4K with VP94K decoding.

If you’re interested in the hardware behind it, the AirTV Mini has an S905Y2 (Quad Core Cortex-A53 CPU) processor, 2GB of RAM, and 8GB of eMMC flash memory. The Android TV platform is already version 9.0 out of the box and it will probably be updated to Android Q eventually, once it starts rolling out later this year to smartphones.

If you’re a SlingTV subscriber, you can get the OTA Antenna and the AirTV network tuner for free if you prepay for three months and your plan is $25 per month and higher. The AirTV Mini itself will be available for $80 and can be bought on the AirTV.net website within this week.