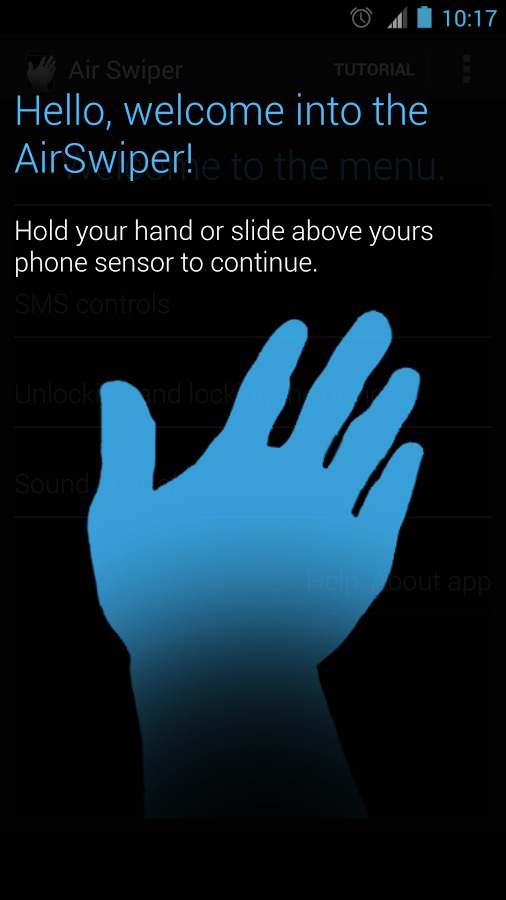 Touchless control seems to be a fad these days, with both the Samsung Galaxy S4 and the newly announced Motorola Moto X supporting some form of air gestures to access some functionality on the device. Whether it’s to avoid greasy smudges or to have some stylish way of dismissing calls and messages, fans of the gesture-based system need not pine for new phones just to get this feature.

Android app developers have, time and again, sought to provide alternatives to features that are found exclusively on some manufacturer’s device. These apps make use of the same hardware that are utilized in those features, like Bluetooth, accelerometers, or proximity sensors, to deliver the same functionality without having to purchase a new device. Such is the case of the Air Swiper app.

Air Swiper uses the device’s proximity sensor to enable using air gestures to control the device. Various actions that can be triggered include locking or unlocking the screen, controlling WiFi and Bluetooth, opening the SMS app, and turning sound on or off. 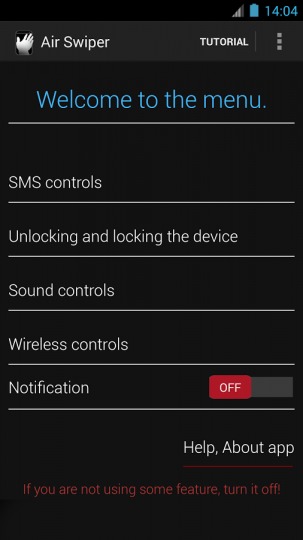 We may never fully know how air gestures on the Galaxy S4 and Moto X truly work, both on the hardware and software side, so third-party apps like Air Swiper may not work in exactly the same way. And it seems that the app does have some issues with some devices or Android versions, so it’s going to be a hit or miss. Still, if your phone has a proximity sensor and can install Air Swiper, it’s probably worth giving a try anyway as it is available for free on Google Play Store.