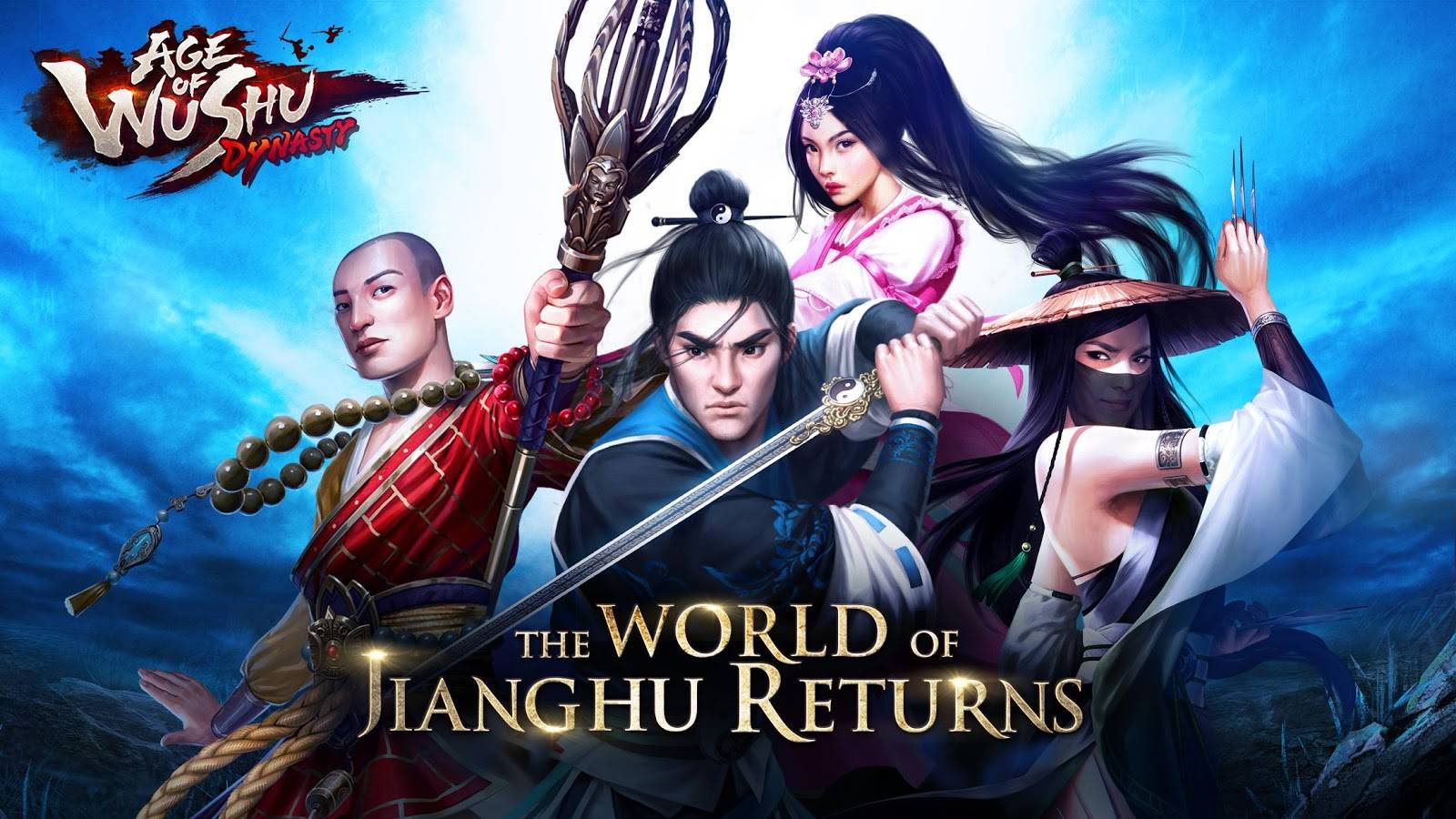 Short version: Age of Wushu Dynasty brings you to a wonderfully rendered Chinese-inspired world of MMORPG gaming. If you can dig the instanced stages and repetitive taskings, there is some in-depth battle gameplay waiting for you, and that might just be good enough to hook you in. 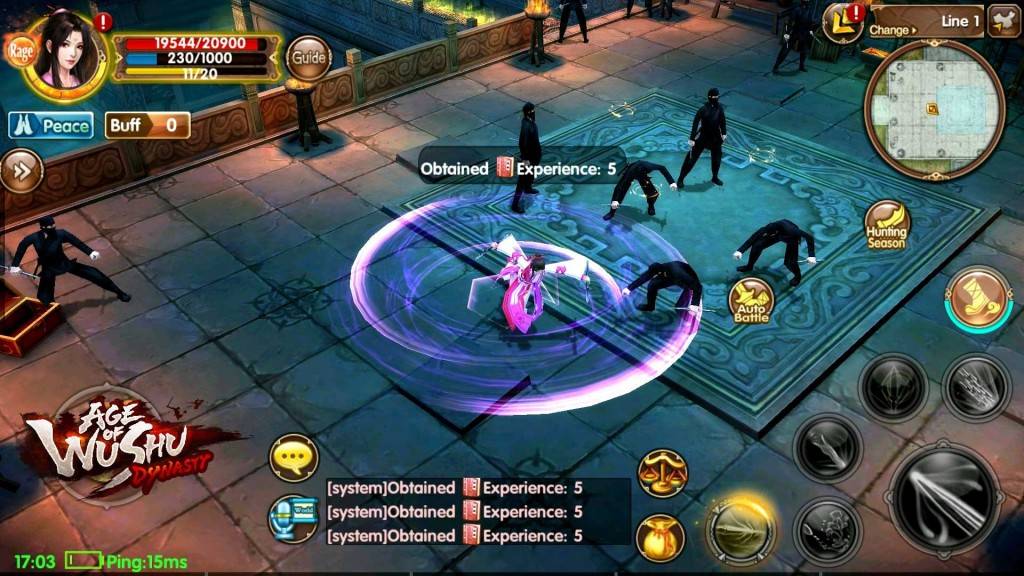 Martial arts is a known quantity in movies and in games. In that, it is a good thing – most people are still attracted to fast action scenes and wonderful fight choreography like bees to nectar. So that’s what you get with Age of Wushu Dynasty – martial arts plus the relatively successful formula of MMORPG and some of card collectibles and card battles. The result? Actually, you get a pretty fun game to immerse yourself in, and it’s designed specifically for the mobile platform.

Age of Wushu Dynasty was launched globally on January 7, 2016 with many hoping for the same open world gameplay like the original Age of Wushu which the game was based on. Rather than the huge open world, the game is pretty much like Taichi Panda, which we covered a while back. The game will feel generic after a while, and all MMORPGs suffer from this, but Age of Wushu Dynasty introduces a unique and beautiful Chinese fantasy world, plus some tweaks on combat mechanics, and basically just lots of things to do so you won’t get bored. 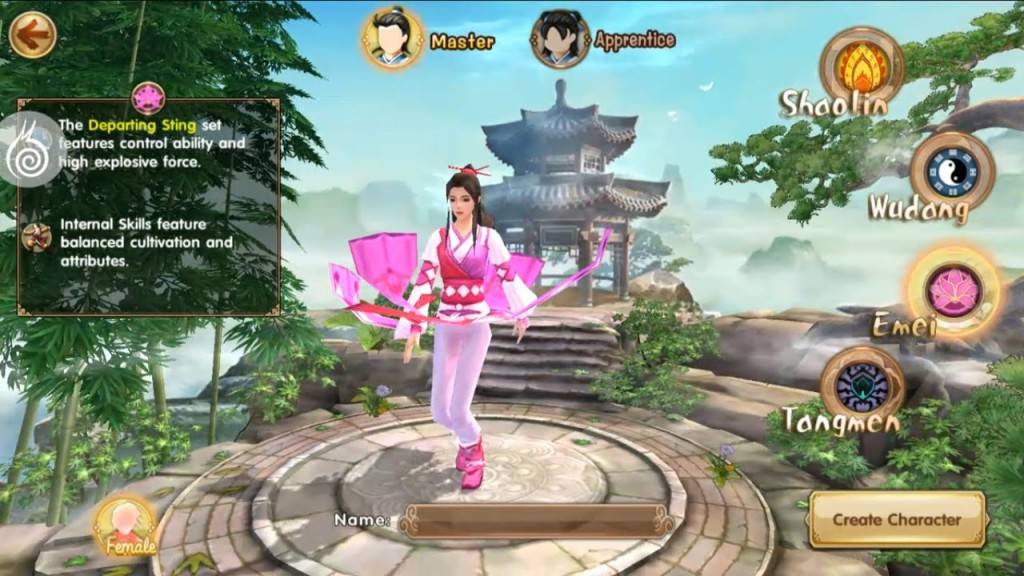 As with starting any MMORPG, you begin by choosing a class. In Age of Wushu Dynasty, this is represented by four schools of Chinese martial arts – Shaolin (male only), Emei (female only), Wudang, and Tangmen. Shaolins are monk type characters who use the staff for long-ranged melee attacks as well as magical spells. Emeis are balanced and well-rounded fighters armed with daggers and are characterized by high control and burst damage. Wudangs are wield swords and are warriors who specialize in defense with strong recovery and survival skills. Lastly, Tangmen are rogue types also armed with daggers, but with poisonous skills and short-ranged attacks. Each class will have a “master” and “disciple” variant, but it’s only an appearance option on how players would like their character to look like. There is a dearth of personalization and customization in appearances, and despite the classes, characters generally play the same in terms of combat, just with differences in skills and attack style.

As a consequence of being on mobile, Age of Wushu Dynasty will not have the open world of a PC-based MMORPG. This game is more instance-based, and that’s probably what you can do most on mobile anyways. There is a town and some persistent quest areas with enemies to fight, but the core gameplay is in instanced levels and areas. The game developers put in some persistent areas where players can socialize with other players, obtain quests, and do other tasks, just so there is a sense of community and freedom. But commonly, players will have to enter an instanced map where they have to navigate through waves of enemies. There is usually a boss at the end of each stage and completing stages gives silver (in-game currency), experience, and potentially new equipment, chest keys, recipes, and Cultivation stones (for upgrading skills).

Questing: there’s A LOT to do 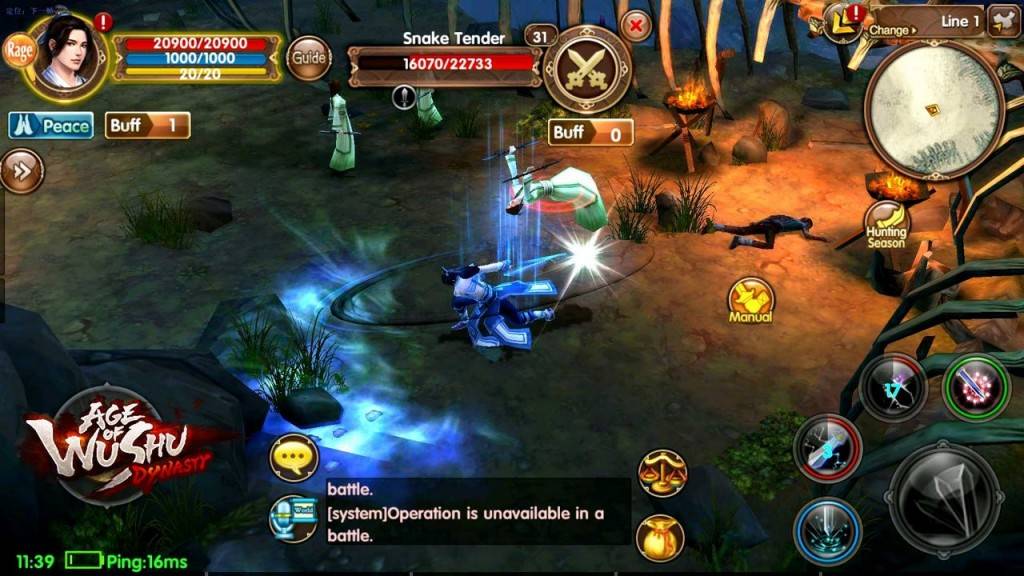 Questing in Age of Wushu Dynasty is similar to most mobile MMORPGs – it’s very linear, and it doesn’t have any side quests. And as is the trend in modern mobile MMORPGs, there is an auto-move feature that will automatically take players to quest objectives. Thisis where questing can be quite boring, if you’re not used to doing mobile MMORPGs. The storyline, well, there’s not much to get excited about there as well. The story mainly revolves around ninjas, bandits, and foreigners invading and plotting against the Chinese empire. In the city, players will be given a linear set of missions ranging from investigating objects, to helping scouts, to helping people in different cities. But there’s a lot of that, so if you are looking for things to do – there’s a lot of it in the game. 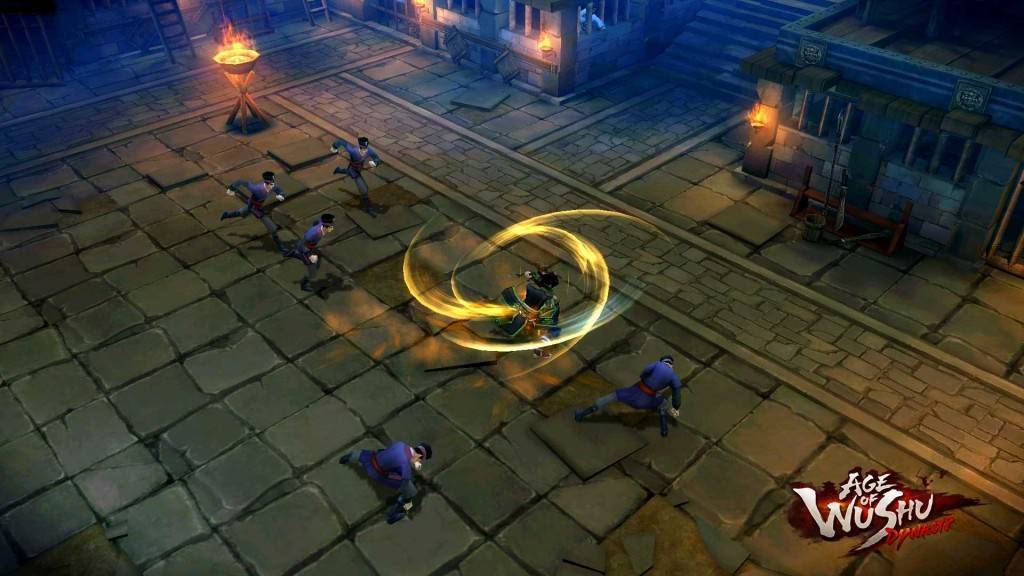 Most people are familiar with Kung Fu, which is generally what you call Chinese martial arts. This is evident in Age of Wushu Dynasty but the combat system is very similar to other mobile action RPGs. Players will use a virtual D-pad to move around, use a main attack button with skills to use around it. The twist is with the unique Parry/Overt/Feint system. While the hack-and-slash style fighting remains the same, players and enemies have the option of “parrying” which, for the player, blocks and unleashes a counterattack if they parry before getting attacked. The enemies block attacks by parrying but without the counterattack. In a sense the Parry/Overt/Feint system is like a complicated rock-paper-scissors game. When an enemy parries, players have to use a Feint skill in order to break the opponent’s parry so they can attack them normally again. Overt refers to normal attacks and can interrupt and overcome a Feint. Players also have a powerful Rage skill that they can use when the bar is full. Overall, the combat feels similar to other hack-and-slash action RPGs but is slightly more in-depth with its Parry/Overt/Feint system.

If you feel like getting into a mobile MMORPG that will consume time and at the very least pique your interest, well then Age of Wushu Dynasty might be just up your alley. Sure, it’s instance-based nature might bore you, but if you can plod through the boring times, there will be fun kung-fu battles in between, and hours upon hours of RPG gaming. There’s tons of things to do, and of course, loads of gear to collect. The game is available to download free, and there will be IAPs (of course).